No Longer Tied Down by the Ball and Chain of Addiction

It all started with what I believed to be a right of passage, a little bit of childhood fun. Twelve years old smoking marijuana, loosely packed in a piece of rolled-up newspaper. I honestly don’t remember physically feeling much that night, maybe a bit giddy. What I did feel was acceptance. I was cool, an older kid, falling in line with siblings before me that were using drugs. Little did I know that it was all a façade, an identity that I was assuming as I was afraid to find out who I really was. It was a volatile time, filled with hormonal changes, traveling between my divorced parents’ house, dealing with a recent trauma that made me question a lot of what I thought I knew about myself. Little did I know that 12 years later I would be putting heroin, cocaine and meth in a spoon and injecting it into my veins.

My drug use quickly progressed from there. The night before my 14th birthday I tried ecstasy for the first time and not even a week later I sought out cocaine. It’s hard for me to believe when I look at kids that age nowadays and think about what I was doing at that age. I’m not quite sure what I was doing or why I was doing it. I do know I wanted to feel different. I wanted to feel cool. You see, I was picked on quite a bit but even after that first night of smoking marijuana I was cool. I had made it, or so I thought. Before I knew it though, I was kicked out of my mom’s house and sent to military school.

Military school worked well for a while but things went bad and before I knew it I was expelled and on my way down a path of many treatment modalities: wilderness programs; sober living homes; cognitive behavioral therapy; dialectical behavioral therapy; eye-movement desensitization and reprocessing; substance abuse counseling; group therapy—even hypnosis. It was a collaborated effort to try and save my life.

At this point, I had given up on myself and I continued to try and find the drug that solved all my problems. Then it happened—I found opiates at 19. Not six months after I had my first overdose. A year after that I was doing heroin. I found myself in a place I never thought I would be. I grew up in a well-to-do family and I had the support that some kids dream of. Even though I did fairly well in school, I believed that there was something so fundamentally wrong with me that I resorted to doing heroin.

The cycle of heroin addiction quickly progressed and before I knew it I was arrested for possession with intent to sell and trafficking of both heroin and meth. Now on probation and back to multiple rehabs, I still wasn’t ready. I relapsed multiple times. I wasn’t comfortable in my own skin, and I wasn’t ready to grow up. At the time I blamed it on where I was living and although living in a border city doesn’t help, there is an old adage that goes: “Wherever you go, there you are.”

I decided that maybe running away from California was the best option for me. I left while still on probation and by doing so, I violated my terms of not leaving the state. I was so desperate to change my life that I thought that having a warrant out for my arrest was better than continuing the cycle, but really I just wasn’t ready to confront the truth that I have full responsibility over my life and my circumstances are a direct reflection of the choices I have made.

I could go on about what transpired over the next three years but the truth is that the results of addiction are almost always the same. I was arrested 9 times in three years, 2 DUI’s, possession charges, more probation, and got fired from or quit multiple jobs. The contact with most of my family was nearly non-existent. I was heartbroken with how I had let my life dwindle out of control. I couldn’t keep a relationship. I was ashamed of what people saw when they looked at me. The last year before I got sober was probably the worst part of my life. I began intravenously using whatever water-soluble drugs I could find. Heroin was always present though and in that last year, I overdosed three times, twice from fentanyl-laced heroin.

Once it was so bad that after 3 shots of intramuscular Narcan, my heart stopped and I was brought back with a defibrillator. Using was no longer fun; I was spending over $200 a day using heroin. I knew that I needed to stop. I knew I needed to change my life. I just was scared because I knew if I committed to it this time and I relapsed again I probably would have never made it back. That is when I reached out to Narconon Ojai.

I have to be honest, I had my doubts, because I had tried almost everything to get sober before. The one thing that gave me hope was I had a sibling go through the program. She actually picked me up to take me and when I saw her I saw something different and I envied it. I saw a sense of power, responsibility, and control in her which is something that I had craved for years. So when I arrived I threw myself at the mercy of the program. The further I got in the program the more comfortable I felt in my own skin. I didn’t have cravings anymore. I didn’t have constant chatter running through my head. My leg no longer bounced up and down from the constant anxiety that I suffered from. I had never felt as healthy as I did.

The second defining moment was despite all the rehabs, overdoses, and arrests I felt that I was the exception. I could use drugs and it would not affect my health. I thought I could use drugs and still handle life when really I was in denial as this was the farthest thing from the truth and was thrown in my face countless times. I thought that if I just smoke marijuana or just drink alcohol that I could have control over my addiction and not return to the harder stuff. Finally though, with a clear body and a clear mind, I was able to take an honest look at this belief and I realized that I am not an exception, no one ever is. The fact of the matter is if you go to a morgue at a hospital you will see that addiction shows no mercy. The CEO, the mother, the veteran, the teenager, and so on, anyone can fall victim to this epidemic. In realizing I wasn’t an exception I was finally taking responsibility for my life, it was all the control that I could ever ask for.

I write this at 366 days sober and so much has changed for me. To think that I went from 14 arrests, 10 rehabs, and 4 overdoses to this in a matter of a year is insane to me. I realized that I have a purpose in life which I was definitely lacking before. My purpose is to help others overcome the same thing that I did. So I go to work every day and set out to do just that. I am a CCAPP Registered Alcohol and Drug Technician. I have all the material things like money in the bank, a car, etc. but most importantly, I have my family and they actually trust me. I have a girlfriend who I love very much and for once in my life I have a healthy relationship. The biggest change for me though is how I feel on the inside. I have confidence, confidence that I can set my mind to do anything and know that I will accomplish it and if I don’t that’s okay too. I finally feel like an adult and a contributing member to society. I have the ability to take responsibility for my own life and no longer have to rely on others to do that for me. Most importantly though I’m happy and living a life I never dreamed of before.

In fact, I am glad that I ever made it out. In 2017 in the US alone there were 70,237 drug overdoses resulting in death. 47,600 of those deaths involved opioids and 15,482 of those involved heroin. Roughly 21 to 29 percent of patients prescribed opioids for chronic pain misuse them. Between 8 and 12 percent of Americans develop an opioid-use disorder. About 80 percent of people who use heroin first misused prescription opioids.

If you or a loved one is in need of help, please don’t hesitate to call Narconon Ojai.

I Had Been to 10 Programs before This One

“Well first let me start off with I had my doubts about this program. I had been to 10 programs before this one so I didn’t think that Narconon could teach me or do more for me than any of the previous programs but what can I tell you after these 10 weeks I’m a different person…“

I Chose Death When I Used Drugs. I Chose Survival When I Went to Narconon.

The holidays were always a very difficult time of the year for me. I lost my best friend on Thanksgiving Day due to a heroin overdose and almost immediately after he passed I tried heroin for the first time. 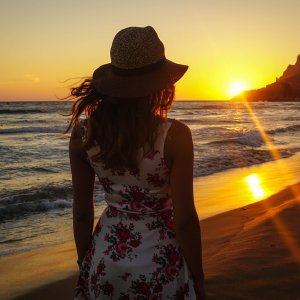