The staff of Narconon Ojai are a highly dedicated group of individuals with one goal in mind: helping those who have fallen into the trap of addiction become for good.

As the world’s most exclusive Narconon center, Narconon Ojai believes in providing the highest quality of care possible to those we serve.

Dr. Fauvre was raised in Pasadena, California, about 60 miles east of Ojai. He went to Pasadena High School and then headed to Stanford University, where he majored in biology.

The Ojai Narconon center is led by Fabian Padro. Fabian has headed Narconon Ojai for the past two years. His knowledge and passion allow him to properly oversee the day-to-day functions of the center, ensuring each one of our students receives the best drug rehabilitation possible.

Tina Jalalian began her career as an engineer after graduating from San Jose State University, but when she discovered some friends and family had become addicted to drugs, she decided she needed to do something to help. Tina resumed her studies, earning an associate’s degree in addiction studies, and became a Certified Alcohol and Drug Counselor.

Adrian Heredia is a native of Ventura County and has resided in the area for over 40 years. He has had a passion to help his community and people in need, with a tremendous amount of volunteer hours contributed to various betterment groups and nonprofit organizations. Adrian has a personal drive to work with and assist individuals with drug addiction.

Our facility’s drug detection dog, Apollo, was expertly trained at Iron Heart, a facility in Kansas responsible for training drug detection dogs and police K9s. Apollo has been entrusted with the task of safeguarding the facility and its grounds to ensure no legal or illegal substances make their way onto the campus. 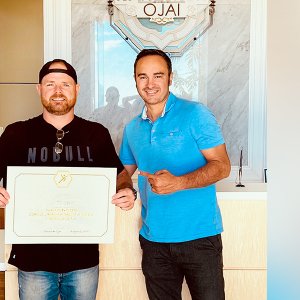 Microdosing LSD: A Drug Use Trend with Dangerous Consequences

What Is Enabling and How Does it Hurt Your Loved One?