I Had Been to 10 Programs before This One

We had a recent graduate from our program and wanted to share his wonderful success story with you. It was a pleasure working with this young man and we look forward to seeing great things from him.

This what he had to say:

“Well first let me start off by saying that I had my doubts about this program.

“I had been to 10 programs before this one so I didn’t think Narconon could teach me, or do more for me than any of the previous programs. But what can I tell you after these 10 weeks—I’m a different person.

“Starting with the sauna, I learned a lot about myself. I realized that I had put my body through a lot and that in order to maintain a healthy drug-free life I needed to eat right, maintain proper nutrition, and work out.

“After my body felt better and my mind became clearer, I still had some trouble with anxiety. Objectives (exercises to bring a person’s attention into the present and off of the past) really helped me to deal with that.

“I learned that if I voice the thoughts inside my head, they don’t have control over me. I learned how to control my anger and to listen to and take directions from others. Most importantly, Objectives helped me be in present time.

“… I really felt like I was taking action—unlike in the other programs where they just tell you what to do.…”

“After Objectives, it became time to learn about people in my life.

“The Ups and Downs Course really helped me see how my actions and who I surround myself with, affects me as a whole. Now I know how to identify antisocial personalities.

“After that, it was time to start taking responsibility for the things I have done in my life, and there were a lot of things I held in that I used as an excuse to continue to use drugs.

“As I was writing up my overts and withholds (harmful acts against oneself and others), I began to feel like a horrible person, but as I continued, I realized I did horrible things when I was on drugs. Putting these things out there really made it so that they no longer had power over me.

“After that it was time to start moving to a better place in my life, and making up the damage for the bad things I had written up brought me to a happier plane of existence. I really felt like I was taking action—unlike in the other programs where they just tell you what to do.

“All this and more has made me feel like this is it. I’ve never had a better chance at success. I’ve never felt happier or so motivated to do the right thing,

“I feel more mature and equipped to handle the real world and I’m excited to continue to better myself by changing my conditions.”

No Longer Tied Down by the Ball and Chain of Addiction

It all started with what I believed to be a right of passage, a little bit of childhood fun. Twelve years old smoking marijuana, loosely packed in a piece of rolled-up newspaper. I honestly don’t remember physically feeling much that night, maybe a bit giddy. What I did feel was acceptance. 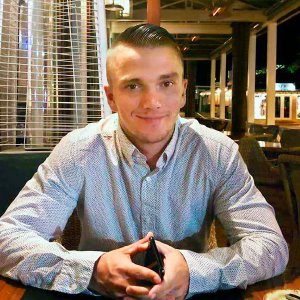 I Was Lost and Broken, Now I’ve Found Myself

"Looking at the difference between the photo of me before I came to Narconon Ojai and the photo of me today made me realize how far I've come in such a short period of time. It made me remember the dark place I was in before coming here…“