When a family begs an addicted loved one to go to rehab and are met with a refusal, it’s baffling. The addiction is known and obvious. The person has admitted the drug habit or the damaging alcohol consumption and the resulting problems. The family has found a rehab. It’s all ready—but the addicted person refuses to go. They plead, cry. Still a refusal. The family can’t understand. They’re offering to save this person’s life!

What are they likely to hear from him (or her) at this time?

The hope is that the excuse will cause people to shut up and go away. These aren’t the real reasons he’s refusing. None of them are more important than starting recovery from addiction immediately.

She doesn’t even bother making excuses. She just refuses and then leaves or industriously avoids the family that’s trying to help. She’ll change her hours or stay away from home for days—whatever it takes to keep the subject from being brought up again.

The addicted person attacks those who are trying to help. He blames them for his problems, claims that if they were more supportive, he would not be having these problems, says that they are paranoid, insulting—whatever he can think of. This attack can range from a whining complaint about invasion of privacy to an abusive, aggressive browbeating that breaks the spirits of those trying to help.

4. A Glimmer of Honesty

If an addicted person is a little more honest, he may come up with slightly more heartfelt reasons for not going to rehab. For example:

“I will lose my job if my company knows I’m addicted.”

Going to rehab might be the best way for a person to retain a job. Find out if there is an Employee Assistance Program (EAP) at the individual’s business and ask about their policies on family and medical leaves that might enable him to go to rehab and return to his own or a similar job.

“I don’t want you to spend any more money on me.”

It is very common for the addiction of a loved one to cost a family tens of thousands of dollars in medical and legal costs plus helping with rent, food, children’s costs, the cost of totaled cars and the loss of valuables around the home or in a family business. Deep in his heart, the addicted person is deeply ashamed of the burden he placed on his family. He may reject rehab because he thinks this is the best way to spare his family further costs. In fact, rehab is the fastest way to get his own income back up and spare both the family’s pocketbooks and their hearts.

“I don’t want anyone to know I’m addicted.”

It’s understandable that a person wants to keep his addiction quiet. Shame and guilt go hand in hand with being addicted. But no one needs to know if the family doesn’t tell them.

These are not valid reasons for refusing rehab but they are certainly a bit more honest than “I’ll cut down on my own.”

What’s Behind All These Responses?

The family will have an easier time dealing with these responses if they understand what is going on. The truth is that their loved one is utterly overwhelmed. He never intended to become addicted. Drug or alcohol use started out as a solution to worries, upsets or personal problems but then the chemical nature of the drugs finally imposed intense cravings. Some people have described these cravings as making them crazy, willing to do anything to get more of the addictive substance. They’ll commit crimes they never, ever would have committed before they were addicted.

It’s like addiction takes over the reins of the person’s life. He can no longer make decisions based on what is good for his own, his family’s or his community’s survival. He has lost his rationality, his moral compass and his clear thinking. They are replaced by compulsions and cravings.

So when the family offers recovery, the addicted person is overwhelmed by guilt, depression over everything he has lost and the knowledge that he’s going to be hit by a tidal wave of cravings as soon as he tries to get sober. It’s not a conscious thinking process, just a mass of overwhelm.

Of course he’s going to say no. He can’t see the light. And may not until he gets the support of professional staff and begins making progress in his rehabilitation.

Families are under so much stress in these situations that often, an interventionist is the right solution. This is a person who has had experience helping people make this decision and knows how to help them through the overwhelm. An interventionist knows exactly what lies in store if this person continues using drugs or drinking excessively and is not afraid to make it crystal clear. Narconon Ojai can help you locate an interventionist to break this impasse to enable your loved one to arrive at rehab, ready to change his life.

Once the person arrives at Narconon Ojai, we start them on the gradual, well-supported process of relieving the burden of guilt that has been ruining his life. First, the New Life Detoxification—a deep, sauna-based detoxification—helps relieve cravings and enables a person to start thinking clearly again, an improvement that begins to relieve the overwhelm.

The next step helps him find relief from past trauma and learn how to enjoy life in the present. The life skills section of the program that follows arms him with sober living skills to help him make the right choices for lasting sobriety.

To take a more in-depth look at the drug rehab program at Narconon Ojai, let’s have a conversation. Find out how we can help your loved one leave addiction behind and replace it with a productive, enjoyable life. We’re looking forward to helping your whole family recover. Call today.

The Impressive Benefits of Quitting Marijuana

There’s no denying the fact that marijuana use is becoming “normalized” in the United States. This means that it is more important than ever to understand the effects of using marijuana and what benefits might occur if one stops. 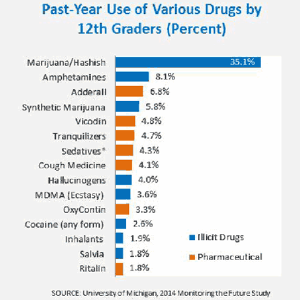 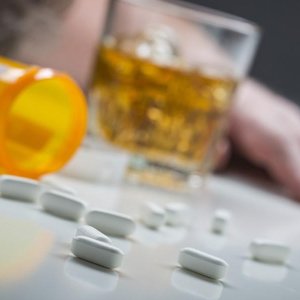