It’s an unfortunate fact that athletes and drug use often seem to go hand-in-hand.

There is a very interesting reason for this.

Professional athletes push their bodies to go farther, faster and for longer than the average individual. As a result, their bodies are under an incredible amount of stress and strain, and often sustain injuries. When this does occur, the primary focus is often on how to get the individual back onto the field, court, diamond or arena. Prescription medications can help to make this happen, but this can often open the door to turning to drugs as a way to solve a range of physical and emotional problems. It can become a “gateway” to turning to other substances in order to maintain peak physical performance amongst athletes.

Drug abuse and addiction in professional athletes have been under scrutiny for some time, and there are many different drugs that may be involved.

Cocaine and ecstasy—known as party drugs that can boost mood and confidence—are fairly popular in college settings, and so is marijuana. Marijuana seemingly “erases one’s problems” and “brings about an increased sense of relaxation.”

That said, painkillers are some of the most highly-used and abused drugs—nearly 70% of Americans are on at least one prescription drug, and more than 50% take two, Mayo Clinic and Olmsted Medical Center researchers say.

Prescription drugs are considered by some as the most dangerous—not only because of their potential to harm the body but also because they have the potential to lead to even more dangerous drug use. Painkillers are, after all, mostly opioid drug substances. This means that they are capable of producing many of the same effects as other opioid drugs—like heroin. Unfortunately, individuals who become dependent upon painkillers often discover that heroin is cheaper and easier to obtain.

Needless to say, drug addiction can ruin a professional athlete’s career. He or she may initially be able to hide their addiction problems from others, but eventually, these problems tend to come out. When they do, the media creates an embarrassing situation for both the player and their team, and this normally precipitates a trip to a rehabilitation facility. However, with much of the focus centered around getting the player back into the game as rapidly as possible, their trip to rehab may not do for them what they most need. Fortunately, this is where exclusive rehab comes in.

Recovering from drug addiction is a very challenging and personal journey, requiring great focus and persistence. Any individual can find this difficult, but a professional athlete has the additional stress of being well-known, widely recognized and closely followed by the media. Whether they intend to or not, they may focus more on playing down the extent of their addiction problems and moving rapidly through and out of rehab so they can return to their career. Obviously, this will not serve to help the individual recover and establish the stable foundation they need for a better, drug-free future.

An exclusive rehab facility is designed specifically to help high-profile individuals such as professional athletes. It is normally located in a secluded location that provides comfort, peace, privacy, and safety to the individual so that they can focus exclusively on repairing their lives and laying the foundation they will need to move forward into a more stable future. The purpose of an exclusive rehab facility is not to simply remove the professional athlete from his or her drug use, normal environments, and normal routines for a limited time. Instead, it seeks to aid the individual in addressing and resolving the many causes and effects of drug use and gain the life skills that will be instrumental in preventing a future return to drug use.

Narconon Ojai is an exclusive rehab located in the mountains, about an hour north of Los Angeles, California. For more information about our program, contact us today.

Jessica is a Registered Drug and Alcohol Technician with a desire to help others find real solutions to the ever-growing problems associated with addiction.

Drug addiction can appear in all walks of life, even among the very successful. Given the psychological stress and the physical demands of professional sports, even America’s top athletes can sometimes become addicted to opioid pain relievers, alcohol, and other mind-altering substances. 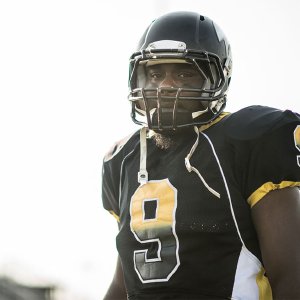 Recovery from addiction is a necessary part of overcoming drugs and alcohol and with the right treatment program like an executive rehab, this can be achieved.