Drug addiction is not a hardship that only affects certain segments of the population. Anyone, from any walk of life, demographic, or background can fall prey to a substance abuse crisis. Even very successful people who seem to be doing quite well in life can become addicted to drugs and alcohol.

Professional sports is a high-visibility, high-pressure field where athletes may feel pressured to keep showing up and playing, rather than stepping aside and addressing their personal and behavioral health issues. And when athletes start misusing substances as a coping mechanism instead of addressing the crucial issues before them, their situation becomes much more serious.

To ensure addicted athletes get the help they need, it’s important to examine the scope of substance abuse in professional sports, to talk about the types of drugs used, and to show how seeking addiction treatment is the solution to overcoming this hurdle and ultimately getting back on the field.

Opioid Painkillers; How a Sports Injury and Pressure to Get Back in the Game Can Lead to Addiction

One of the well-known downsides to professional sports is the high rate of injury that athletes experience throughout their careers. Unfortunately, one of the much lesser-known consequences of such injury is that athletes will often begin self-medicating with opioid pain relievers to help numb the pain and get them back in the game.

“Research conducted by Washington University on 644 former NFL players showed that more than half of the participants used opioids during their NFL careers, and 71% knowingly misused the drugs.”

In some sports, especially in high-injury sports like professional football, opioid misuse is quite prevalent. One paper reported that about 52% of professional football players admit to using opioids. Quoting the findings, “Research conducted by Washington University on 644 former NFL players showed that more than half of the participants used opioids during their NFL careers, and 71% knowingly misused the drugs.” That report went on to indicate that not only are close to one in five athletes likely to suffer a sports-related injury each year, but that male athletes are more likely to be prescribed an opioid and are more likely to misuse opioids than male non-athletes.

As Calvin Johnson, a former NFL player for the Detroit Lions, said, “When I got to the league, there was opioid abuse. You really could go in the training room and get what you wanted. I can get Vicodin, I can get Oxycontin. It was too available.”

Another body of research found that opioid use and misuse is not only more common among both professional and collegiate athletes, but that opioid use during one’s athletic career is a strong predictor of opioid use after one stops playing sports.

As one can imagine, athletes are under great pressure to perform to the best of their abilities. When they become injured, their ability to perform is greatly hampered by the injury and the pain they experience from that injury. Physical pain is the body’s message to the individual to stop doing the thing that’s causing the pain, yet athletes will often look to opioids to numb that pain so they can get back on the field. But as they continue to perform on the field, and continue to potentially hurt themselves as a result, they may need to take more and more opioids to counteract the pain. This phenomenon is a clear example of the dwindling spiral of opioid misuse, and before they know it, they’re addicted to painkillers.

Alcohol abuse is another serious problem in professional and collegiate sports. One paper reported that up to 89% of college athletes misuse alcohol as a response to injuries and feelings of pressure. Research shows that alcohol is one of the most frequently misused substances among professional, collegiate, and high school athletic groups. About 28% of athletes who drink alcohol report having a problem with that drinking, much higher than non-athletes who consume alcohol.

Unlike opioids, which tend to be initially used by athletes to overcome physical pain and move past injuries, alcohol misuse in professional sports is not at all connected to performance enhancement or healing. Rather, athletes may turn to alcohol misuse, much like non-athletes would, as a coping mechanism for underlying issues and struggles that the athlete may already be dealing with.

Professional athletes are under considerable stress and pressure to perform to the absolute best of their abilities. Their entire career and income depend on their physical performance. On top of that, they are under a great deal of pressure from their fellow teammates and fans, peers, and colleagues to perform perfectly. Such stressors can become a significant burden, pushing the individual to misuse alcohol as a coping mechanism.

Not only is alcohol use detrimental to achieving peak athletic performance (alcohol is a depressant that slows reaction time, hinders balance, and inhibits motor function), but alcohol misuse can lead to poor decision making and other behavioral problems. It spells nothing but trouble for professional athletes, just as opioid misuse does.

Steroids and Performance Enhancers; Risky Behavior that Could Lead to Life-Threatening Drug Abuse

While anabolic steroids and other performance enhancers do not pose the degree of health risk to athletes that opioids and alcohol do, they’re worth mentioning. While they can still be addictive, steroids are quite different from opioids and alcohol. According to the National Institute on Drug Abuse, “Anabolic steroids work differently from other drugs of abuse; they do not have the same short-term effects on the brain. The most important difference is that steroids do not directly activate the reward system to cause a ‘high’; they also do not trigger rapid increases in the brain chemical dopamine, which reinforces most other types of drug taking behavior.”

Nevertheless, steroid misuse within professional sports is harmful. Steroids can have negative effects such as:

Addiction is harmful and life-threatening for addicts. Thankfully, there is a solution for anyone who misuses drugs and alcohol, including professional athletes. Drug treatment centers can offer the tools and support needed to help recovering addicts overcome the crises and critical issues that caused them to turn to drugs in the first place, effectively giving them a clear path out of addiction and into a cleaner, better life.

If you or someone you care about is addicted to drugs or alcohol, please do not wait another day to get help. End the vicious cycle of addiction by contacting a qualified drug and alcohol addiction treatment center today.

Rehab for Execs, Artists and Athletes

People who lose everything to addiction are not always scruffy, poorly-dressed individuals living on the margins of society. Wealthy, high profile individuals may also fall to this problem.

Adrian Heredia in Professionals and addiction

Professional athletes exert themselves in their sport and it can take a toll on their body. Unfortunately, some of these athletes turn to drugs to help alleviate the pain of their injury and need a drug rehab to overcome their addiction. 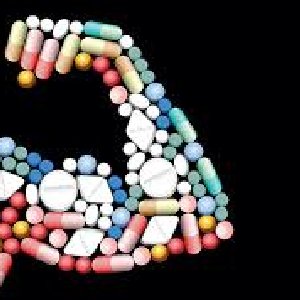