The Drugs Most Commonly Abused by Athletes

When a person becomes an Olympic or professional athlete, he may not realize the challenge he has ahead simply to avoid addiction. Prescription drugs are part of an athlete’s life due to injuries and surgeries related to his sport. Trainers and team doctors want to keep players on the field and utilize a variety of medications to make it happen. An athlete is expected to be a team player and cooperate with doctors’ recommendations so he can support the team fully.

Yes, those drugs help the athletes get back onto the field, the court, the diamond or the arena. There are also times when athletes turn to these pills to ease emotional pain. And there’s always someone nearby who’s willing to supply illicit drugs to well-paid athletes and their entourages. The challenges are too great for some athletes to overcome.

What Drugs Are Often Abused?

News reports of drug-abusing athletes usually list cocaine, marijuana, ecstasy and, of course, painkillers. Always painkillers and plenty of alcohol. Also, athletes in a variety of sports feel the need to add steroids to their drug-abusing regimen to increase their muscle mass.

Cocaine and ecstasy are party drugs – confidence-builders and mood-elevators. Marijuana makes problems and tomorrow go far away. Painkillers not only take physical pain away, they also move life’s concerns far out of reach.

For many, painkiller abuse slides into a heroin habit. The problem with painkillers is that heroin is so much cheaper. Plus you don’t have the embarrassment of trying to find a doctor to dole out pills. You just text the heroin dealer and he comes to your neighborhood. So some athletes wind up addicted to heroin – something they and their families never saw coming. Dr. Andrew Kolodny, an addiction specialist, noted that nearly all the athletes he’s worked with who are addicted to heroin started with painkillers – chemically, the two types of drugs are nearly identical.

Huge player salaries are certainly a factor in illicit drug abuse. There’s plenty of people who would like to get close to a well-paid player and make a customer out of him. Cocaine, pills, marijuana, synthetics – whatever he needs, the dealer will provide. Until the career ends and the money runs out. Then that dealer is off to find a new victim.

It’s very often only when a player becomes an embarrassment in the headlines that the team will send him to rehab. Or they’ll cut him from the team and let him make his own way. Athletes who lost their careers to drugs include Steve Howe (alcohol, cocaine and methamphetamine), Bob Probert (cocaine), Darryl Strawberry (alcohol and cocaine), Dwight Gooden (cocaine) and of course, famously, Len Bias (cocaine) who lost much more than a career.

While the term “he” is used here, of course this challenge is felt by women athletes just as strongly. Women’s sports has never been more popular than it is now. With cable and network broadcasts of women’s sporting events and sold-out stadiums, there’s even more financial pressure for each player to take the field in every game.

Olympic swimmer Michael Phelps has made headlines a number of times in the last several years — first for being photographed smoking marijuana in a bong and then for his two DUI arrests. After years of struggling with doubts and addiction, he completed rehab and returned to the Olympics.

Martina Hingis, the Swiss tennis star, retired in 2007 after being suspended for two years for cocaine use. She came out of retirement in 2013 and qualified for the 2016 Olympics while also being ranked number one in women’s tennis.

Former NBA basketball star Chris Herren has dedicated himself to preventing drug addiction among youth since his recovery. But recovery only came after he nearly killed himself with a heroin overdose. And that was after years of abusing marijuana, alcohol, cocaine and painkillers. Chris now heads the The Herren Project which promotes drug-free living for youth and at-risk populations. Now he tells schoolchildren how he spent $20,000 a month on drugs during his two years in the NBA.

Recovery for a prominent athlete can be difficult. There’s not only residual physical injuries to be considered, there’s also the fact of the player’s renown. Addiction rehab is one of the most personal and vulnerable moments of a person’s life. The last thing an athlete recovering from addiction needs is the media reporting on his every move.

Narconon Ojai was established just for this kind of individual, the person who deserves peace and a safe harbor while he pursues a new, sober life. Narconon Ojai is located high atop mountains about an hour north of Los Angeles. With a stunning and wide-open view of the Pacific Ocean, this is a place where anyone can find comfort, support and privacy while building the life skills needed to stay sober when rehab is complete.

Learn about this program that has helped tens of thousands of people get their life back. Call Narconon Ojai today to get help for yourself or someone you care about. Contact us today.

Artists set the trends and create innovative futures, but if the example and trend they set is drug abuse, society and our future generation. 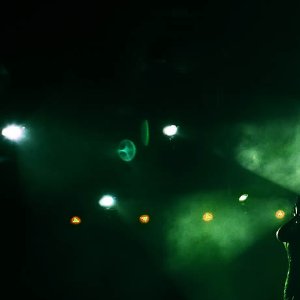 Change in lifestyle is often a necessary part of achieving long-term stable recovery from addiction. 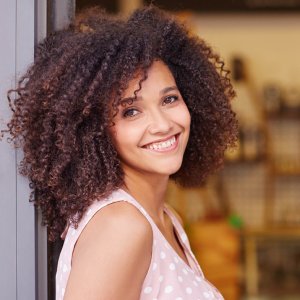