There are some substances in this world that would be better left totally alone. That’s because they are so addictive for some people that just a few uses will entrap them. Sometimes, an addicted person will state that it was just one experience with a drug like meth, heroin or OxyContin and they knew they were lost.

A researcher named David Nutt in England decided to rate the most addictive substances in the world. He established his criteria for analysis, deciding that addictiveness could be established by rating pleasure, psychological dependence and physical dependence. He then rated many of the illicit and legal drugs on the market to come up with his final list.

It’s sad that two of the drugs on this list are used in the treatment of addiction to heroin or painkillers. For fifty years, the Narconon program has been helping people reclaim their sobriety and enjoyment of living without the use of any drugs. This means that it takes longer than the 28 days of many drug rehab programs but it is time well spent.

Find out how Narconon Ojai helps each person fully detoxify from past drug or alcohol abuse and how each person can recover his self-respect and sober living skills as well. A sober, enjoyable life can be yours once again after just a few months at Narconon Ojai.

Which Drugs Are Most Damaging?

This is a tricky question, indeed. Different drugs create such different effects that comparing them would be like comparing apples to ostriches and oil wells. A group of UK scientists found a way around this puzzle and came up with a system of comparison for many of today’s illicit drugs.… 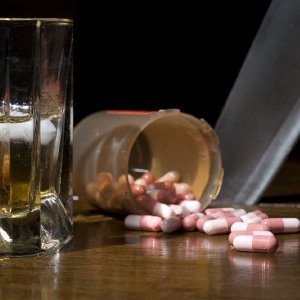