Staying Sober in a Culture of Alcohol

America has possessed an extensive culture of alcohol consumption since its very earliest days. Immigrants from Germany settled in Pennsylvania and Wisconsin and established breweries with their Old World brewing skills. In Kentucky and Tennessee, distillers created stronger blends. It seems like from its earliest days, America was a hard country in which to stay sober.

In today’s America, any major city has hundreds of bars and alcohol is served at the majority of restaurants, many of which have lounges where alcohol is the primary product served. There’s alcohol in grocery stores, convenience stores and gas stations. Now, in larger grocery stores, the shelf space devoted to alcohol has recently increased. Some restaurants have a separate menu dedicated to listing as many as 100 craft beers and cocktails, and wine selections have long had their own lists.

Even in some Whole Foods health food stores, there’s drinking areas where you can sit and sip. In a cheerful, chipper tone, Whole Foods names these areas “Watering Holes.” Even Starbucks has recently begun to offer alcoholic drinks in the evening hours. Someone trying to stay healthy and sober can’t even shop for healthy meals without being tempted.

Add to the availability the extensive amount of advertising that bombards a person from childhood through adulthood, not to mention TV advertising of hard liquor returning after a decades long ban. It’s no wonder alcoholism continues to plague so many people.

In the U.S., there are more than 17 million people who are currently damaging their lives with excessive drinking. This is one in 18 people. So in any restaurant that holds 120 people, six of them may be struggling right at that moment with a craving for alcohol that makes their life miserable. They scan the alcohol choices on the menu and wish for a moment that they were alone so no one would judge them if they order a drink.

In fact, there’s going to be more than one in 18 because there are many other people who may have quit drinking last year or five years ago but for whom staying sober is still a struggle.

Anyone who owns a bar or restaurant will tell you the big profits come from alcohol, not the food. A person’s bar tab can quickly exceed the cost of a meal, especially for those who are heavy drinkers. So it’s not surprising that restaurants and even supermarkets are cashing in on America’s biggest addiction.

If you’re a student in college or you like to attend sporting events, you’ll probably have an even harder time. The National Institute on Alcohol Abuse and Alcoholism estimated that 80% of college students drink alcohol. In fact, the difficulty of staying sober in college is so severe that sober dorms and on-campus recovery groups are becoming more common these days. And recovery high schools have been established across the country—three dozen of them so far—to help young people maintain a hard-won sobriety.

Yet once these students are out in the world, they are on their own. Virtually every corner of a major city has a source of alcohol and any small town will have a bar or liquor store. In New York City, bars serve till 4:00 a.m. and the corner delicatessens sell beer 24 hours a day.

Every major sporting event also sells beer—even many college games, which boggles the mind since many people at college are underage. It’s likely that many sports fans would consider it outrageous to remove alcohol from their sporting experiences.

In America, drinking is an acceptable practice. Being tipsy or even drunk is not a disgrace in most circles. In the city, most people turn a blind eye to yet another drunk staggering down the street. Society does begin to crack down when a person drinks and drives, neglects or harms his children or abuses his wife.

The legality of this intoxicating, addictive substance influences popular attitudes about this drug. It’s legal, so it can’t be that bad, right? Not to mention how alcohol use is glamorized and made to seem like harmless fun in advertisements. It’s too easy for a teen to rationalize his first and subsequent drinks.

Venturing out into a world with alcohol at every turn is a difficult task for the person starting a new sober life. There’s a number of ways a person can make it through this environment saturated with advertising and availability. Support plays a big role for most people. Telling family and close friends about one’s challenge means that they can support you when it’s needed. Many people new to recovery go to social events with a buddy—it could be someone else who’s in recovery or just a family member or friend who knows the score.

It’s also important to know your own limits and recognize the very first signals that your resolve might be weakening. If that little voice in your head starts telling you that “you’re doing so well these days that one little drink…”—well, that’s the time to find a buddy, call a supporter or say your goodnights. Nothing comes before your continued and successful sobriety.

Many people also choose to only attend non-alcoholic events until their sobriety is very well established. In some cases (like weddings), it’s just not possible. That’s when one’s support system comes into play.

How the Whole Community Can Get Involved

A concept that is getting more popular is the Recovery-Friendly Community. When a community makes it easier for a person to get sober and stay sober, that is a Recovery-Friendly Community. There’s a focus on resources for its citizens who want to get sober, drug and alcohol-free community events and law enforcement agencies that are proactive and intent on helping those in trouble find recovery more than the inside of a jail.

You can help popularize the Recovery-Friendly Community concept by bringing it up at planning meetings for a street fair, sporting event or even charity events where alcohol might otherwise be on the menu. Your advocacy on behalf of those in recovery could save someone from a relapse, could prevent someone from driving drunk or possibly save a life. You never know the positive effects you could bring about just by being a voice of reason to support those in your community who are in recovery or need to be.

Is Alcohol the Next Addiction Crisis for Young Adults?

Young people are the future of the nation, and their health and well-being must be protected. And while studies show that alcohol addiction statistics are on the rise for all age groups, the rate of death among young people and middle-aged adults is rising rapidly. 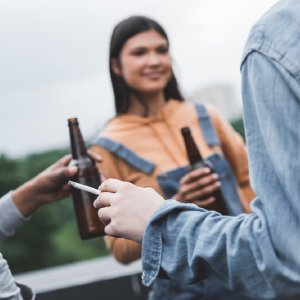 Life Skills: Easing a Person’s Return to a Sober Life

Lack of skills to deal with life situations often leads a person to alcohol or drug use. A return to a productive and sober life requires building those life skills that were missing before. 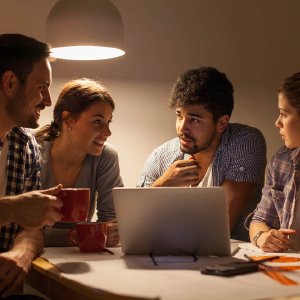