Is Alcohol the Next Addiction Crisis for Young Adults?

Parents want to do everything they can to protect their sons and daughters. Yet doing so seems quite challenging in a country mired in drug abuse and other problems. Furthermore, there is credible data that suggests that alcohol abuse is a growing problem for young people.

Compared to drugs, alcohol abuse is highly underreported. Yet this is a potentially lethal problem, and it has parents worried. What is the story here? And what can parents do to ensure that their young adult children are safe and healthy?

Alcohol abuse is a growing problem among all ages and demographics. However, while the majority of alcohol-related deaths are still occurring among adults ages 45 to 74, the fastest-growing death rate is happening among young people ages 25 to 34.

Such rapid growth in death rates among younger adults have also been attributed to an increase in “deaths of despair.” Deaths of despair are defined as deaths related to overdoses, alcohol-associated liver cirrhosis, and suicides.

Historically, young people have not usually been fatally affected by drinking, at least not to the degree that they are now. But all of that is changing as young adults drink more. From 2009 to 2016, young adults between the ages of 25 to 34 saw the highest average annual increase in cirrhosis-related deaths of any age group. That means deaths related to consuming such massive quantities of alcohol that the liver becomes cirrhotic were increasing. This is an age group that historically did not often suffer from this problem.

Young people are drinking more alcohol, more often, and in quantities that are killing them. How has this gone underreported for so long? And what can parents do for their sons and daughters to ensure that they do not become just another statistic of the lethal alcohol addiction crisis?

The Underreported Threat of Alcohol Misuse

However, the fact that alcohol’s harm on society has gone underreported serves to make the damage even more pronounced. When information on the potentially harmful nature of a substance is not made readily available to the public, people are more likely to use that substance.

Here are some of the statistics related to alcohol consumption and the kind of harm that drinking has on society:

Perhaps the statistic most powerful, yet least-often discussed, is not on the annual toll of alcohol misuse, but the statistic for the last twenty years and the sheer growth of alcohol-related harm in this country. According to the data, almost one million Americans died from alcohol-related causes in the United States between 1999 and 2017. That number is far higher than the total number of drug-related deaths in the U.S. during the same period, yet alcohol is rarely reported on or discussed with the same tenacity as the drug problem.

Alcohol Treatment for a Son or Daughter

As it is worth mentioning here, NIAAA Director Dr. George F. Koob had this to say about alcohol: “Alcohol is not a benign substance, and there are many ways it can contribute to mortality. The current findings suggest that alcohol-related deaths involving injuries, overdoses, and chronic diseases are increasing across a wide swath of the population. The report is a wakeup call to the growing threat alcohol poses to public health.”

“Alcohol is not a benign substance, and there are many ways it can contribute to mortality. The current findings suggest that alcohol-related deaths involving injuries, overdoses, and chronic diseases are increasing across a wide swath of the population…”

Alcohol may be legal, easy to get, culturally accepted, and almost even expected. But that does not mean people should drink. Any level of alcohol consumption can be a risk factor for addiction, and that seems especially true among the youth population.

As alcohol becomes increasingly dangerous for young adults, the importance of helping those youngsters get off of alcohol as soon as possible could not be more clear. If you have a son or daughter who has a drinking problem, make sure they get into treatment today, if possible. The longer someone misuses alcohol, the more likely they are to suffer dire consequences from it. Don’t let this happen to your loved one. Contact Narconon Ojai today to take the first step towards saving their life.

Staying Sober in a Culture of Alcohol

Alcohol is even more prevalent today with more lenient laws on availability and more promotion than ever. How does one seeking sobriety survive in today’s world? 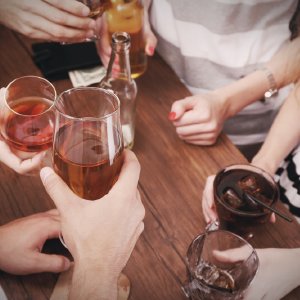