The Curse of OxyContin Addiction

The Los Angeles Times recently published a series of articles showing how one drug company and one Southern California walk-in clinic can addict thousands and even end lives thousands of miles away. The company was Purdue Pharma, manufacturers of OxyContin. The clinic was Lake Medical located near MacArthur park, deep in the heart of Los Angeles. Despite many signs that this clinic was operating in a less-than-legitimate manner, it managed to stay in business a year and a half, selling pills to whoever walked in.

In just one month – September 2009 – this clinic prescribed more than 68,000 OxyContin pills to its patients. These patients recruited from skid row neighborhoods all over Southern California waited in line at Lake Medical and then turned their pills over to traffickers who shipped them to Washington State, Chicago or other regions. In all, more than one million pills were diverted from legitimate pain needs and distributed on the street by gang members and mobsters.

In Everett, Washington, one gangster established a transportation channel that brought the pills up Interstate 5 from Lake Medical to this city on Puget Sound. He was deeply involved in an epidemic of opioid addiction that ruined, killed or imprisoned many people from this area. Finally, he was brought down in 2010 – just months after Lake Medical closed down.

This wasn’t only happening in Los Angeles. It was happening all over the country. On Long Island, for example, another high-prescribing doctor was charged after an investigation of a pharmacy robbery in which four people were killed. Dr. Eric Jacobson was the prescribing doctor whose addicted patient committed the robbery.

For years, Purdue suspected problems from high-ordering clinics. There’s actually a federal law that requires them to alert the DEA to suspicious orders. In fact, it’s not hard to determine which clinics are far too free with their prescribing. All you have to do is look at a list of the top prescribers who hand out vastly more drugs than average. But Purdue was extremely slow to take any action against these clinics.

One former Purdue employee who retired in 2013 stated that he could identify high-prescribers with just a few keystrokes on the corporation’s computers. In fact, he could even identify prescribers who were giving out Oxycontin and not much else – the height of suspicious prescribing practices. But no action was taken by the corporation until 2011 – after Lake Medical closed down.

Medicare and the DEA

Medicare began cracking down on these high-volume prescribers in 2014, sending warning letters to the top names on the list. The Drug Enforcement Administration routinely investigates and prosecutes doctors prescribing unneeded drugs, as can be seen on this list of doctors charged by the DEA: Cases Against Doctors. There’s more than 200 doctors on this list who went to jail, were put on probation or were fined. These doctors lose their DEA registration to prescribe and their medical licenses as well.

What is the moral of this tale? That each patient and that patient’s family need to be vigilant. Not all prescribers take care to dole out the exact right amount of medication to the right people. There is too much profit to be made by selling these pills.

The other lesson to be learned is that with pharmaceutical drugs in such free distribution, it is easy for anyone to be tempted to experiment. Most people believe prescription drugs to be safer to misuse than street drugs and that has resulted in many people ultimately losing everything to addiction.

When a person needs help to make his way back to sobriety and enjoyment of life, contact Narconon Ojai. For fifty years, the Narconon program has been returning the addicted to drug-free, productive, enjoyable lives. 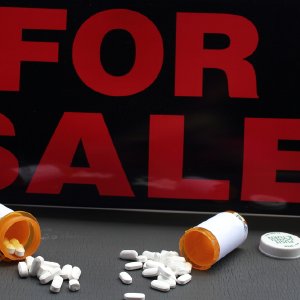