If you ask a hundred people what they think they know about drugs, you’re going to get a wild variety of responses. Some of those people will have an accurate understanding of the dangers and effects of drugs. Others will have ideas so erroneous it’s hard to figure out how they came by them. One thing is certain: There’s plenty of people of all ages who don't know the truth about drugs.

Here’s seven myths about drugs that definitely need to go out with the trash.

1. Marijuana is a harmless herb.

It’s not hard to understand how people can get this idea. In every state it’s been legalized for medical or recreational use, there have been lobbyists and advocates loudly proclaiming the harmlessness and benefits of cannabis. What’s important is what they omit about the drug, more than what they say. Like the fact that research has determined that those who used marijuana more than 50 times had a risk of developing schizophrenia six times higher than the person who didn’t. And that youth who use marijuana have higher rates of school dropout, lower rates of college entrance and graduation and higher rates of depression and anxiety than non-users. Plus, one in six teens that start using it will wind up addicted. Advocates carefully omit these facts on their pro-marijuana websites.

2. There’s no withdrawal symptoms for marijuana or cocaine.

3. Prescription drugs are safer to abuse than street drugs.

4. Spice and other synthetics don’t show up on a drug test.

This is why the use of spice (synthetic cannabis), bath salts and other synthetic drugs originally became popular. Teens who thought they might be drug tested by their parents, members of the military and others in jobs that administer drug tests might have resorted to using new synthetic drugs to get their highs so that they would not test positive for the use of drugs. And for a while, it was true: There weren't drug tests that could detect these drugs. Those days are long gone. Now, it’s pretty easy to get drug test kits for dozens of different synthetics as well as drugs that are based on plant products like marijuana, heroin, cocaine and painkillers.

Click here to read Part II of this article on the seven myths about drug use that definitely need to go out with the trash!

Coming up – is peer pressure really what most people think? Is heroin less addictive if it’s not injected? And does a person have to be using drugs every single day to need rehab to regain his sobriety? Keep reading to find out. 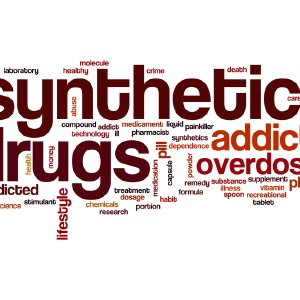 Our Deputy Executive Director for Production Sam Hobson did a drug education lecture this past week at a middle school in the heart of LA off Crenshaw Boulevard. These kids were so bright and had such potential.