Myth: It’s okay to misuse prescription drugs once in a while in order to help me manage my life and feel better.

Fact: Teens and young adults may perceive prescription drugs to be safer than illicit drugs largely because doctors prescribe them, but these drugs are just as dangerous as street drugs. Research shows that students who take prescription drugs for non-medical reasons are at least 5 times more likely to develop a drug abuse problem than those who don’t. Among the more than 64,000 drug overdose deaths estimated in 2016, the sharpest increase occurred among deaths related to fentanyl and fentanyl analogs (synthetic opioids).

Find out the Truth about Prescription Drug Abuse

Recreational use of prescription drugs is a serious problem with teens and young adults. National studies show that a teen is more likely to have abused a prescription drug than an illegal street drug.

Many teens think prescription drugs are safe because they were prescribed by a doctor. But taking them for non-medical use to get high or “self-medicated” can be just as dangerous and addictive as taking illegal street drugs. There are very serious health risks in taking prescription drugs. This is why they are taken only under the care of a doctor. And even then, they have to be closely monitored to avoid addiction or other problems.

Many pills look the same. It is extremely dangerous to take any pill that you are uncertain about or was not prescribed for you. People can also have different reactions to drugs due to the differences in each person’s body chemistry. A drug that was okay for one person could be very risky—even fatal—for someone else. Prescription drugs are only safe for individuals who actually have the prescriptions for them and no one else.

Prescriptions Drugs: What You Don’t Know

Due to their potential for abuse and addiction, many prescription drugs have been categorized by the US Drug Enforcement Administration in the same category as opium or cocaine. This includes Ritalin and Dexedrine (stimulants), and the painkillers OxyContin, Demerol and Roxanol. Many illegal street drugs were at one time used or prescribed by doctors or psychiatrists but were later banned when the evidence of their harmful effects could no longer be ignored. Examples are heroin, cocaine, LSD, methamphetamine, and Ecstasy.

Abuse of prescription drugs can be even riskier than the abuse of illegally manufactured drugs. The high potency of some of the synthetic (man-made) drugs available as prescription drugs creates a high overdose risk. This is particularly true of OxyContin and similar painkillers, where overdose deaths more than doubled over a five-year period. Many people don’t realize that distributing or selling prescription drugs (other than by a doctor) is a form of drug dealing and as illegal as selling heroin or cocaine—with costly fines and jail time. When the drug dealing results in a death or serious bodily injury, dealers can face life imprisonment.

Prescription drugs that are taken for recreational use include the following major categories:

Educating Youth on Drug Use Prevention

Our Deputy Executive Director for Production, Sam Hobson, did a drug education lecture this past week at a middle school in the heart of LA off Crenshaw Boulevard. These kids were so bright and had such potential. Sam was honored to be at their school to talk about such an important issue affecting minorities and others alike.

He was able to reach over 400 kids about drug use prevention and awareness. Spread the love and spread awareness!

If you or anyone you know needs help with addiction, call us.

Years have gone by and the myth of prescription stimulant use for “improved college performance“ still exists among college students seeking to boost their test scores. Finally, there is enough scientific data on the real effects of misusing prescription stimulants to firmly indicate what really happens when college students experiment with these drugs.

Ren in Youth Drug Use 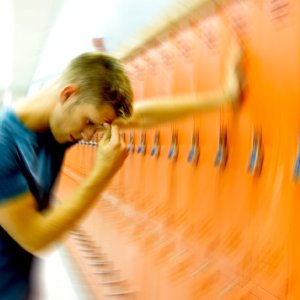 There is a strong connection between substance abuse and depression. The vast majority of people who abuse drugs and alcohol also suffer from other, worrisome difficulties in their minds and in their behaviors.