To protect their profits and increase their customer pool, drug dealers have no mercy at all. To lure you in as new customer, they will say or do anything that will work, without regard to the customer’s health, financial condition or even their existence. Expect them to only pretend to be your friend, to be interested in your enjoyment and pleasure. Expect them to do anything required to put your money in their pocket. Whether or not you live is not important. There are plenty of other customers.

We also see counterfeit painkillers tainted with fentanyl. Between 2005 and 2007, a wave of fentanyl contamination of heroin resulted in more than a thousand deaths, mostly in Chicago, Philadelphia and Detroit.

The party drug Ecstasy is renowned for being contaminated with other drugs. Chemically, Ecstasy is known as MDMA but some pills sold as Ecstasy contain no MDMA at all. They could and do contain stimulants, types of drugs nicknamed “bath salts,” or the powerful hallucinogen nicknamed N-Bomb.

Marijuana May Be More Dangerous than a Buyer Expects

The latest news about drug adulteration comes from North Dakota where, most of the time, the primary drug being abused is alcohol. In a July 2016 report, police warned of marijuana on the market that was laced with both fentanyl and methamphetamine. This is a particularly cruel and deceptive practice as a user may expect the euphoria and detachment of marijuana but suffer an overdose – especially if he is not accustomed to using opioids. That’s because a person who has used opioids before has a tolerance for a much larger dose than a person new to the drug.

Smoking a joint that has had methamphetamine or fentanyl added could be the start of a very serious addiction. Marijuana addiction generally takes awhile to develop, but when some people use methamphetamine of opioids, it only takes one exposure for the person to have irresistible cravings for more. In the past, PCP, embalming fluid and cocaine have also been found in marijuana supplies.

In short, a person might be expecting a marijuana high and then find himself suffering a PCP-induced psychotic break or a heart attack from the methamphetamine or rapid-onset addiction to fentanyl. Factually, because of the ruthlessness of drug traffickers and dealers, the only place to find safety is in sobriety. Parents should assume that their children will be offered all these dangerous drugs and counsel their children carefully on the dangers.

For adults who can’t control their drug intake due to addiction, drug rehabilitation may be the only way to lead them to safety. If you have questions about finding a good drug rehab for your family member, please call Narconon Ojai at 1-877-936-7435 today.

Music Festivals —Are All the Attendees High?

A look at the history of music festivals and the drug use that often accompanies them. Yet at some festivals in recent years, groups of attendees are going sober. 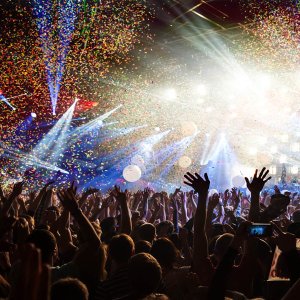 Increasing Supplies of Fentanyl Stalk the Addicted Massachusetts has long been a hub of opioid trafficking in the Northeast, but the drugs being trafficked were usually painkillers or heroin. 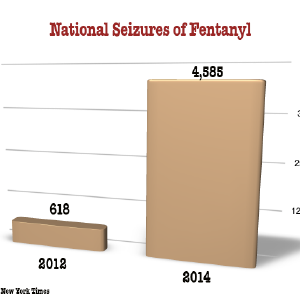