Music Festivals —Are All the Attendees High?

Drug use and music festivals have seemed to go hand in hand ever since the first large rock festival ever in Monterey in 1967. At events like this Monterey Pop Festival and Woodstock, marijuana, alcohol, LSD and other psychedelics were the popular drugs being passed from hand to hand. Each decade since has seemed to spawn larger and larger music festivals until we arrived at ones with multiple stages, vast numbers of electronically-controlled lights and a heavy reliance on drugs.

The drugs in use at any particular festival seem to be a function of the type of music featured. A detailed analysis was done of the drugs mentioned by attendees at the world’s best-known music festivals. The Coalition Against Drug Abuse used Instagram posts to compile mentions about drug use at the Electric Daisy Carnival, Electric Zoo, Coachella, Glastonbury (UK), Burning Man, Tomorrowland, Lollapalooza and others. An analysis of these Instagram posts revealed distinct trends in drug use.

Instagram posts offer detailed insight into the interests of those posting images. That’s because when an image is posted to this social media site, it’s usual to include a number of hashtags. For example, an attendee at the Electric Zoo festival might include these hashtags with his photos from the event, so he could attract the attention of others interested in these topics:

Results of This Analysis

More than 3.6 million Instagram posts were analyzed in March 2015. This analysis revealed which drugs were most popular at which events:

Electric Daisy Carnival: The most popular drug by far was Ecstasy, followed by alcohol and marijuana.

Ultra Music Festival: Here too, Ecstasy was the top drug, with alcohol second and cocaine third.

Marley Fest: Not surprisingly, the top drug by far was marijuana, followed by alcohol and cocaine.

Burning Man: This festival had the greatest diversity of drugs mentioned, with alcohol being first, followed by marijuana, Ecstasy, cocaine, mushrooms, DMT, opioids and LSD.

It’s also notable that there were more than 40,000 Instagram posts that mentioned both drugs and Electric Daisy Carnival events. These events feature electronic dance music (EDM) along with endless lighting effects of lights. Many attendees at EDM events feel that Ecstasy makes listening to music and dancing more intensely enjoyable. But that drug use comes with similarly intense risks of overdose, organ damage, dependence and after effects like severe depression and even suicide.

Increasingly, these large festivals feature booths and tents to support and help those who have run into troubles due to drug or alcohol use. It is not uncommon at all for a large music festival to have one or two of its attendees die.

Do All Festival-Goers Use Drugs?

In fact, they don’t. As the number of festival-related deaths add up, there’s a growing interest in staying sober at these events. In addition to tents to support those who have problems, there are a growing number of “sober” tents to support those who want to keep their wits about them—particularly those people in recovery who might need to find some other sober people during the festival. Some of these support tents even feature Twelve Step meetings.

The Huffington Post ran an article in August of 2015 about the growth in this sober movement, listing more than a dozen music festivals with support for non-drug users. Also offering support for sober music lovers is a group called the Wharf Rats, an association of sober concert-goers that dates back to the 1980s. They offer “sober support and strength” at music festivals.

Using drugs at any time is a risky business and using them in the barely-controlled environment of a huge music festival is downright foolish. When any person can’t control his drug use at an event or at home, he needs help. Narconon centers around the world have been returning individuals to control of their lives for more than fifty years.

In Southern California, Narconon Ojai offers a beautiful environment for recovery from the damage of drug or alcohol addiction. If someone you care about is risking everything by using drugs or drinking excessively, we know how to help. Call us today for a confidential consultation.

Ketamine Joins Molly as the Drug of Choice at Festivals

While Ecstasy or Molly has been the drug of choice for festivals and raves, Ketamine has now become commonplace, sometimes mixed with Molly creating an even more dangerous combination. 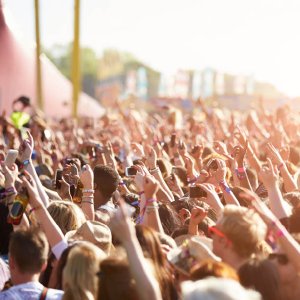 Ruthless Drug Dealers Create Life-Threatening Drug Combinations To protect their profits and increase their customer pool, drug dealers have no mercy at all. 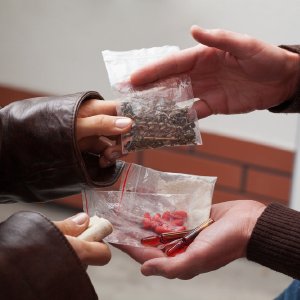