Massachusetts has long been a hub of opioid trafficking in the Northeast, but the drugs being trafficked were usually painkillers or heroin. In the last decade, a new and highly deadly player has been added to the game – illicitly manufactured fentanyl.

Fentanyl is a painkiller so powerful that it’s normally used in hospital settings or it is given out in patches or slow-dissolving lollipops to those in excruciating pain. For the second time in recent history, illicit fentanyl is flooding into the Northeast and contaminating supplies of heroin. This added ingredient makes the potency of heroin utterly unpredictable and people are dying as a result.

The last time illicit fentanyl hit the market in quantity, more than 1,000 people died. That supply came from just a couple of illicit labs in the U.S. or Mexico and when they were shut down, the deaths stopped. But now the supply comes from Asia by way of Mexico. It’s much harder to reach around the world to close a lab in China. And so this invasion of fentanyl is harder to squelch.

As reported in the New York Times, seizures both nationally and in Massachusetts are skyrocketing, as you can see in these two graphs

Some of this increase (but not all of it) could be attributed to more detailed testing and reporting of law enforcement agencies.

How Fentanyl Reaches the Streets

Fentanyl can be found mixed into heroin or it may be sold by itself. One might think that an addict would be fearful of injecting an opioid when it might be powerful enough to kill him, but one person reported that when she heard of a strong batch of drugs killing people, she would seek out dealers selling that batch. It’s hard to grasp this idea if you have never been addicted, but many people lose hope of ever getting sober and don’t really care if they die from their next injection.

Of course, when the drugs leave their systems and they start to feel better, they care about being alive – deeply.

Narconon has been helping those who are addicted find hopeful, positive lives after rehab for fifty years. This is an entirely drug-free program. Our unique support protocol during withdrawal and our proprietary deep detoxification process help each person recover from the physical effects of drug or alcohol use. As a result, our clients find a new brightness and clarity of thinking and don’t require maintenance on any drugs like buprenorphine or methadone.

Learn how the Narconon program can help someone you care about leave addiction far in the past. Call Narconon Ojai today to learn how soon they can be looking forward to their productive, sober futures.

Statistics on fentanyl seizures nationally and in Massachusetts from http://www.nytimes.com/2016/03/26/us/heroin-fentanyl.html

Proof that Drug Cartels Are Not Stupid

Drug cartels are highly organized business empires, marketing their goods to consumers most likely to fall into the trap of addiction. The public might hope and wish that drug cartels are just stupid criminals but unfortunately, that’s not the case. Why do we say that? You have only to look at their marketing and distribution tactics to see the proof. 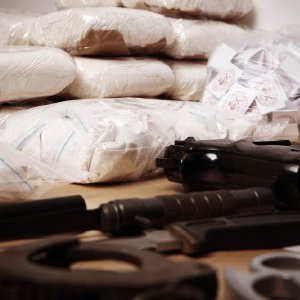 How Drug Cartels Prey on Athletes

Although it might seem impossible, your young athlete could be in the crosshairs of an international drug cartel that wants to make him a steady customer. 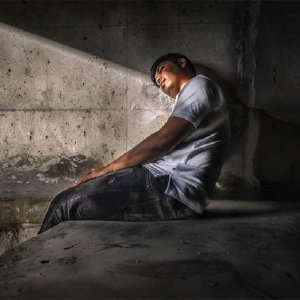