A new study published in the Journal of Addiction Medicine made alarming findings. Patients addicted to opioids are more than seven times as likely to be hospitalized than the general population. Furthermore, such individuals have about the same fatality rate even after surviving an overdose as patients who suffer a heart attack. That means, even if the addict survives their first overdose, they’re still at risk of dying from drugs and at about the same degree of risk as those who suffer heart attacks.

The study looked at case records for about 6,600 Oregon hospital patients who received treatment between 2015 and 2017. For the hard facts, nearly 8% of opioid addicts who survived an overdose later died from another overdose within 12 months of hospital discharge. Coincidentally, about 8% of Americans who survive a heart attack will die from another heart attack within 12 months. And of those patients in the Oregon study who died within one year of discharge, 58% of the 522 deaths were opioid deaths.

The fact that opioid addicts experience such a high fatality rate, even though opioid overdoses are 100% preventable and opioid addiction is 100% treatable, indicates a lack of public awareness of this crisis. Quoting study co-author Dr. Honora Englander, an associate professor of medicine at OHSU in Portland, “We need systems that can address comprehensive needs of people with substance use disorder and serious medical illness.” She also said, “That means trauma-informed systems that destigmatize addiction to make health care systems more trustworthy and more effective for our patients.”

Dr. Englander also pointed out how crucial it is that public health systems recognize the epidemic of overdose deaths. “For heart attacks, hospital systems across the U.S. have universally accepted standards, metrics, and quality reporting that drives performance. The same should be true for opioid use disorder, where death rates are similar.” Dr. Englander’s point is direct and accurate. The U.S. has public health response measures for all major causes of death. When will our health systems catch up to the fact that overdoses are now one of those major causes of death?

In light of the year 2020 marking the highest ever rate of fatal overdoses ever recorded and a 30% increase over 2019’s death toll, another organization compiled some concerning information, more painful indications that America is headed down a dangerous, lethal path of surging drug overdoses if the course is not corrected soon. According to Families Against Fentanyl, fentanyl overdoses are now the leading cause of death for Americans between the ages of 18 and 45.

Sadly, the fact that fentanyl is the leading cause of death for young and middle-aged Americans is only the tip of the iceberg for the sheer harm caused by opioid addiction. That data point helps explain why the opioid crisis is now either on par or approaching par with the crisis of heart attacks in America. Other data points included below drive this point home further. For example:

For one more example, it is well known that the Covid-19 pandemic wreaked havoc on the American people, claiming hundreds of thousands of lives and shutting down major sectors of the economy and American life. And yet, though Covid-19 was broadly publicized as a serious public health threat for all Americans, opioid overdoses, mainly fentanyl overdoses, caused far more deaths among young and middle-aged Americans than Covid-19 did. According to another news source, Covid-19 killed about 59,000 Americans aged 18 to 45 in 2020. But just one opioid drug, fentanyl, killed 79,000 Americans between 18 and 45 in 2020.

The Need for Addiction Treatment

Thankfully, there is a straightforward solution to preventing overdose deaths. When Americans who struggle with drug and alcohol addiction receive quality treatment at drug and alcohol rehab centers, they’re able to throw down the shackles of addiction and finally experience life anew. If you or someone you care about is struggling with an addiction to drugs or alcohol, please ensure that they get help as soon as possible. Please don’t wait until they become just another statistic.

Drug and alcohol addiction is always dangerous. In 2020, it was even more dangerous. How do we know this? Because more people died from drug overdoses in 2020 than in any other year on record. 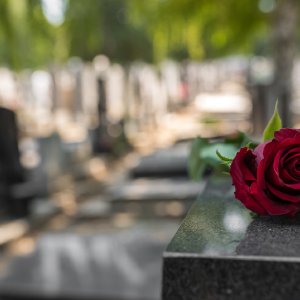 The opioid epidemic in the United States first began to develop at the turn of the century. Now a National Public Health Emergency, this crisis has been ongoing for over two decades. 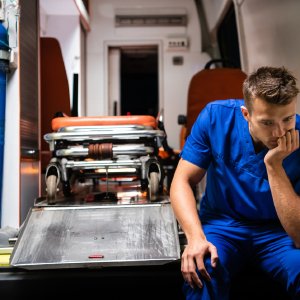