The opioid epidemic has been a serious issue for at least two decades, with no significant signs or indications that it will go away. This seems to be the result of a few key factors:

If these points were addressed, it’s very believable that the opioid epidemic would become a thing of the past.

One of the critical factors that has prevented the U.S. from curbing the opioid addiction epidemic is the simple fact that opiate addicts do not have sufficient access to treatment. Only about one in ten Americans who struggle with drug or alcohol addiction will ever receive treatment for their substance abuse.

Access to treatment was one of the key focuses of a 2016 Surgeon General report on the state of addiction in America. Unfortunately, the issue of access to treatment has not improved since then. Quoting Dr. Vivek Murthy, the surgeon general in 2016: “Alcohol and drug addiction take an enormous toll on individuals, families, and communities. Most Americans know someone who has been touched by an alcohol or a drug use disorder. Yet 90 percent of people with a substance use disorder are not getting treatment. That has to change. Although substance misuse problems and use disorders may occur at any age, adolescence and young adulthood are particularly critical at-risk periods. Preventing or even simply delaying young people from trying substances is important to reducing the likelihood of a use disorder later in life.”

To effectively curb addiction in America, the millions of Americans addicted to drugs and alcohol will have to be treated with effective, accessible, and workable rehab programs. Most addicts do want to get help. But wanting to get help and having access to help are two very different things. U.S. policymakers and public health officials have to start prioritizing effective drug rehab treatment as the primary tool used in addressing addiction.

Another critical reason why the opioid epidemic has not receded is that not been many alternatives to pain relief have come forward to replace opioid pain relievers. For millions of Americans, their first exposure to opioids is in the doctor’s office. These are patients who have legitimate pain concerns, and they are seeking to relieve pain. Such patients see a specialist or their primary care physician, and they’re put on a prescription for opioid painkillers.

Not only are there few, broadly accepted alternatives for pain relief, but doctors are also still very willing to prescribe opioids, even though such drugs are now proven to be very addictive. While prescribing trends for opioids have receded slightly since the early and mid-2000s, U.S. doctors still prescribe opioid painkillers at rates far higher than other countries with similar healthcare systems.

Yet, the truth is, there are other ways to address pain without using opiate drugs. It’s just that these methods have not yet been entirely accepted, promoted, and encouraged in the United States. For example, some non-opioid pain relief methods include:

Looking to the future, curbing opioid addiction in America will depend to a great degree on whether or not the American medical community and American patients are willing to consider other pain relief treatments. Luckily, researchers and scientists are continually seeking new approaches to reducing pain without harmful side effects.

Finally, another reason why the opioid epidemic in the United States has continued to worsen is that the main instigators of the epidemic, pharmaceutical companies, have not been held criminally accountable for their role in creating the drugs that began the epidemic. And what’s worse, they continue to make addictive opioid painkillers and distribute them to the public.

Some cases have recently emerged where pharmaceutical giants have been held somewhat accountable for the role they played in creating the opiate addiction crisis. A good example was when towards the end of 2020, Purdue Pharmaceuticals pled guilty to a major lawsuit and agreed to pay an $8 billion fine. However, the company is still going to be allowed to make their frontrunner drug, OxyContin. That begs the question if Purdue is truly being held accountable or not if they’re being allowed to continue making the drug that put them in the lawsuit in the first place.

The prosecuting attorneys in the case against Purdue are not happy with the outcome of the lawsuit. Quoting Connecticut Attorney General Tong, “This settlement provides a mere mirage of justice for the victims of Purdue’s callous misconduct. The federal government had the power here to put the Sacklers in jail, and they didn’t. Instead, they took fines and penalties that Purdue likely will never fully pay. Every dollar paid here is one dollar less for states like Connecticut trying to maximize money from Purdue and the Sacklers to abate the opioid epidemic. Preserving Purdue’s ability to continue selling opioids as a public benefit corporation is simply unacceptable. The timing of this agreement mere weeks before the election raises serious questions about whether DOJ political leadership was negotiating in the best interest of the American public.”

The United States has much work to do to overcome its opioid epidemic. Breaking free from this crisis will take addiction treatment for those hooked on opioids, the innovation and promotion of alternative pain relief options, and holding the companies that started the epidemic fully accountable. If even just one of these tasks is left out, the epidemic of opioid addiction in America will continue, and more people will die.

We can’t let that happen.

It’s no mystery that millions of Americans struggle with pain. But when the painkillers that they are prescribed end up being addictive and potentially lethal, where can Americans turn to for effective and safe pain relief? 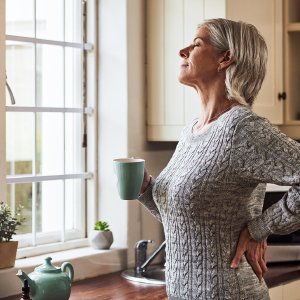 How can you determine if someone is addicted to opioids? The signs of opioid abuse may be hard to see, especially in someone you care about. This is a question that has long been asked and unfortunately, sometimes the answer comes too late. 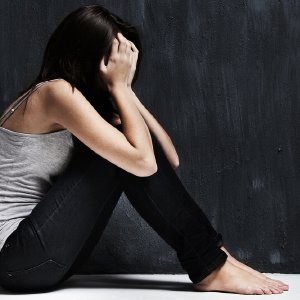