Is it Possible to Experience Marijuana Withdrawal Symptoms?

For decades, it was widely believed that marijuana was not addictive. And many people still think that is true.

If marijuana is physically addictive and produces withdrawal symptoms when one stops using it, shouldn’t that give more people pause when considering experimenting with it? Even if marijuana is becoming easier to get, does that automatically mean it is safe or okay to use? And beyond all that, shouldn’t new evidence on marijuana’s potentially addictive nature give pause when a state's population considers legalizing the drug?

The Addictive Nature of Marijuana

Something is defined as “addictive” if one develops a compulsive habit when using that substance. If they cannot stop using it, they are addicted to it. Other indicators of addiction include increased tolerance to a drug and the need to use more of the drug to continue getting the same results.

More indicators of addiction also include withdrawal symptoms, breaking the law to get a substance, ignoring other obligations, priorities, or life interests, getting into legal trouble, experiencing poor health, etc. All of these may point to an addiction, and all can be experienced by repeated use of marijuana.

From the Experts — What Marijuana Withdrawal Symptoms Look Like

“The results suggest that withdrawal is likely or possible for a large majority of users, particularly heavy users…”

According to Emily Feinstein, the executive vice president of the Center on Addiction, “The results suggest that withdrawal is likely or possible for a large majority of users, particularly heavy users. There is no clear line that suggests how much use will cause withdrawal, and it will differ from person to person, but generally the data suggest that the likelihood of withdrawal increases with the intensity of use and severity of addiction.”

Feinstein’s commentary on the subject makes sense, as generally speaking, more consumption of a mind-altering substance leads to more powerful withdrawal symptoms when one attempts to cease such use.

Dr. Timothy Brennan, director of the Addiction Institute of Mount Sinai, also commented on this issue, focusing intently on why we have marijuana withdrawals now (whereas they were almost unheard of in the past). “The cannabis supply that's out there now compared to the cannabis supply that was around in the 1960s and 1970s shows a dramatic increase in the percent of THC. The cannabis now is much stronger, and that's what people develop a dependence on and a withdrawal from. … It [withdrawals] can be miserable, and presents a challenge for people trying to get sober from cannabis.”

The marijuana of yesteryear had small amounts of THC in it. Today's marijuana has dramatically more THC, sometimes several times the potency that existed in the 1960s and 1970s. There's good reason to believe that an exponentially more potent drug may be why withdrawal symptoms are more common and more troublesome than they used to be.

Dr. Scott Krakower, another addiction expert, commented on how the marijuana of today may be sought for its alleged “anxiety-relieving” properties, but because of higher levels of potency, marijuana is more likely to cause anxiety than to relieve it! “People may feel that weed helps their anxiety level, but it may be more that you are developing worsening anxiety from marijuana withdrawal, rather than weed helping your anxiety level.”

Why the Normalization of Marijuana Use is Harmful

There are several trends that seem to be occurring regarding marijuana, three of which are particularly relevant:

These three factors should make us question the growing normalization of marijuana use. As marijuana becomes more prevalent and legally accepted, other problems become more pronounced as well. For example, traffic-related marijuana fatalities have increased in states that legalized.

A study by authors Hansen, Miller, and Weber found that, on a national level, the fraction of fatal car accidents in which at least one driver tested positive for THC increased nationwide by an average of just 10 percent from 2013 to 2016. However, in Colorado and Washington, states which legalized marijuana in 2014, their THC-related fatal car accidents increased by 92 percent in Colorado and 28 percent in Washington.

Help for Addiction — Knowing Where to Turn

Like so many other substances, marijuana does have the potential for being addictive. And when someone falls prey to a compelling need to use marijuana every day, that habit can seem to be all-controlling and all-consuming. Furthermore, addiction tends to beget addiction, and one who uses marijuana may go on to use other substances that may be even more dangerous and life-threatening.

Do not let your loved one fall prey to the dwindling spiral that is drug use. Even if marijuana is legal in your state, if your loved one is using cannabis products, do your best to get them to stop. If they seem unable to do so, make sure they get help at a qualified treatment center.

Cannabis Use and Unemployment

Is there a connection between cannabis use and unemployment? 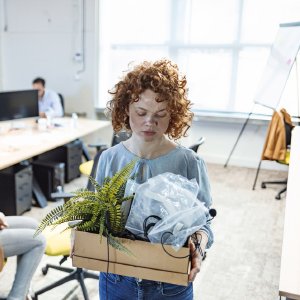