Identifying and Helping the
High-Functioning Addict

A high-functioning addict is a person with all the trappings of success and happiness but is dependent on drugs or alcohol to cope. Co-workers, family, bosses and members of their entourage may all think this person has an enviable life. The truth is something very different. While at certain moments the high-functioning addict knows the truth, he keeps it pushed to the side with the substance abuse.

Because the addiction is not obvious, those around this person may just brush off, ignore or explain away the signs. It can be hard to reconcile the outward – and enviable – success with the idea of such inward misery where drugs are turned to as a solution to numb the pain.

On the other hand, being a high-functioning addict can make it hard for an addicted person himself or herself to admit their shortcomings and ask for help. And the person’s apparent success gives him every justification he needs to continue both the outward success and the substance abuse. When you have money in the bank and the admiration of those around you, why should anyone examine himself and his actions?

Ultimately, the addiction will take its toll and then the true extent of the problem will be undeniable.

A high-functioning addict is living a secret life. The drug or alcohol use may not be a secret, but his reliance on it is. And there may be further secrets this person is keeping – like domestic violence or child abuse. For a person to need to abuse substances, there’s something about his life he’s not successfully dealing with. While he tries to cover it up with substances, the pain may leak out through the cracks in the façade and affect a spouse, child, partner, secretary or other personal assistant. Chances are pretty good that while the person looks good from the outside, someone close to him is experiencing the effects of his inner pain and problems.

It’s also a certainty that he experiences dark moments in which his pain comes to the surface. If he’s alone when this happens, he’s probably going to try to keep that pain a secret and continue the drug or alcohol use that drowns out that noise.

There are some professions where being a high-functioning addict enables a person to fit in to their corporate culture. Those working in advertising agencies, Wall Street firms, large law firms, journalists and people in the entertainment industry may feel uncomfortable if they don’t indulge.

We all know that some major Hollywood stars have fallen flat due to their drug abuse. Some – like Philip Seymour Hoffman, Chris Farley and John Belushi – have lost their lives. We’ve seen Lindsay Lohan and Britney Spears skirt certain disaster and Robert Downey, Jr. come back from the edge. There’s a long list of public drug- or alcohol-using disasters and recoveries, and certainly many more stories we haven’t heard and never will. According to such news or documentary sources as FoxNews and National Geographic, rivers of drugs flow through the entertainment industry.

Production managers and studio heads may be unlikely to rock the boat as long as productions move forward and ultimately make profits. The losers in this game are the actors, crew, visual and sound effects and other supporting players who rely on drugs to stay energetic for the camera or meet challenging deadlines.

If you see these signs, don’t ignore them. This person’s success and even his life may be at stake – maybe not today, but soon.

Rationalizing: They may feel the need to rationalize their drug or alcohol use. Perhaps before going off to the bar, they explain, “I need a little something to help me unwind.” Or to others, they say, “We’ve worked hard, let’s reward ourselves.” Which may be fine occasionally, but if it’s every day or close to it, this is a dangerous sign.

Don’t like to indulge alone: You could see a flash of temper or displeasure if a companion refuses to indulge with them. There could be a snide attempt to belittle this person for not joining in.

Signs of deterioration: These will eventually show up. They could include clearly irrational decisions, missed deadlines, blown meetings or deals, or uneven performance. There could also be faulty memory or concentration, paranoia, depression, moodiness or physical weakness. As this hidden addiction continues, the signs will become unmistakable.

Lost weekends: Some high achievers will go absent while they indulge. It could be a mysterious day where they are just missing or a whole weekend. If they travel early to a business meeting or stay for a day or two afterwards and are out of touch during those times, this could be a sign of a binge if you also see other signs of hidden addiction.

Denial: This is a hard one because a healthy person will also deny drug use because he truly isn’t using them. The high-functioning addict is likely to refuse to admit a problem until the evidence is unmistakable. Unless you can find those areas of his life that are already suffering from the effects of his drug and alcohol use, he may be hard to convince.

Until this person’s life falls apart and the success is gone, it may seem unnecessary to take the time off to go to rehab. But even now, if he is unable to function very long without substances, then he simply has two choices: sobriety or ultimate ruin. Choosing rehab is the best way to preserve and extend his success. He can avoid the crash that is certainly coming if he learns how productive and enjoyable a truly sober life can be.

If you are worried about a high-functioning addict in your life, call Narconon Ojai for information on our private, comfortable rehabilitation facility about an hour north of Los Angeles. Designed from the ground up for business professionals and artists, we help those struggling with addiction build new, productive lives for themselves without these destructive reliances. Our program is 100% drug-free and emphasizes healthy detoxification and the developing of strong life skills. Call Narconon Ojai today for more information: 1-877-936-7435.

One common belief about drug addiction is that such addictions only occur in people who are unemployed, impoverished, or already beset with a serious life crisis. Contrary to that notion, anyone can struggle with addiction, including business professionals and finance experts. 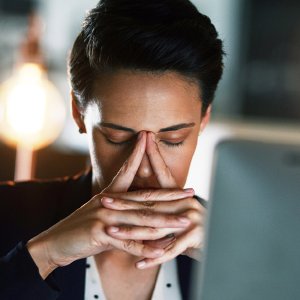 Is it possible to predict someone’s risk for developing a drug addiction or an alcohol addiction based on the type of career they have? Do some professions exhibit more drug or alcohol misuse among employees than others? And if so, what unique factors about those industries lead people who work in them to misuse substances? 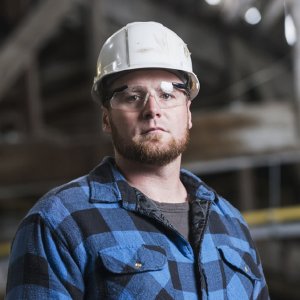