How to Get Sober and Stay Sober: A 3 Year Success Story

To the untrained eye, my life looked great for the last two decades.

In high school, I worked up from an entry-level to an executive-level position for one of the biggest freight companies in the world. After six years, I realized the corporate world was not for me, so I resigned and moved to Los Angeles.

The LA scene is fast-paced and full of distractions. My first few years there were exciting and prosperous. I started working for an A-list celebrity family as a runner and quickly worked my way up to one of the top positions.

I was flying private, meeting the top people in Hollywood and working 15-hour days. This demanding schedule was stressful and also put a strain on my relationship with the amazing woman who had just agreed to marry me.

At this time I was not reaching for drugs and alcohol, but things were starting to slip through the cracks, slowly and certainly. I put work above all else: maintaining my body, health, saving money, paying bills, keeping agreements, etc. I became a master of the excuse “I’m too busy.” This started a slow, steady stream of ”kicking the can up the road.” All this while still trying to live the LA lifestyle—overspending, buying things I didn’t need, fancy dinners, running up credit cards and not saving a penny. I realized this work commitment was more of a permanent lifestyle choice and the workload would virtually never slow down.

I decided I wanted a change and soon after I was offered a position with a high-end custom home builder. I had a decent level of knowledge on high-end construction and property management from my previous position, so the transition into running large scale construction projects was fairly easy.

Before long, I was running multiple large projects and had much more free time, while making great money.

However, the bad habits of “being too busy” for the years prior bled over into the new career path. Spending money, racking up debt, upgrading vehicles and now fancier dinners with drinks became the norm.

This went on for almost 10 years. At a quick glance, I looked to be living the life: cool job, LA, great fiancé, good family. In reality: massive debt, drinking almost daily, behind on bills, no savings and living paycheck to paycheck.

There were also new stresses from the job with increased responsibilities, tighter deadlines and working for higher profile clients, with higher demands.

About 5 years ago, I started combining alcohol with cocaine on a fairly regular basis. Up until that time in my life I had briefly experimented with drugs in my early 20s and did a fair amount of drinking, but never consistently or in mass excess. Also, up until this time, I had never tried cocaine.

The combo of alcohol and cocaine quickly became the perfect “check out” for me. It was my ideal escape.

It slowly became more of a staple over the next year and ultimately ended in daily use, from sunup to sunset. I hid this from everyone and was able to still perform at a high level for a while. Slowly though, work production levels declined and I began missing the mark. The more I dropped the ball, the more I reached for my escape.

Finally, three years ago, everyone around me was concerned, work dried up, income decreased and I was about 30 lbs underweight. I still kept it a secret, while using and drinking daily in large amounts. Every can had been kicked up the road as far as possible and the day came when there were no more roads left. I was out of work, out of money, ruining relationships and pushing the people who loved me the most, far away. I was over-extended in every sense of the word. My amazing wife and a few other loved ones were quietly setting up an intervention and planned for me to go to Narconon.

Days before this intervention, I was in a car accident and totaled a rental vehicle. Luckily no one was injured. I know it is different for everyone, but this was MY rock bottom. I was now totally drained physically, mentally, financially and had nowhere else to escape. The intervention couldn’t have come at a better time. I instinctively knew that I would not do well at a traditional rehab. I knew some basics of the 12 step program, but could not align with the very first step: admit that I was powerless over drugs and alcohol. I also knew that taking prescription drugs in order to stay off street drugs just didn’t make any sense.

During the intervention, I learned that Narconon was very different from traditional facilities and this was one of the only reasons I agreed to go.

The program is wonderfully designed to slowly rehabilitate not only the physical body, but the overall responsibility of the individual. As I went through the detox process, I began to love and respect my body again. Prioritizing the elimination of drugs and toxins from the body as a first step in overall recovery is where the magic of Narconon lies for me.

If you get your body cleaned up and feeling good on its own, you are less likely to reach for foreign substances. The combination of sweating out toxins and balancing nutritional deficiencies in a systematic fashion is the crux of true rehabilitation from my perspective. After finishing the detox portion, I felt like I had control of my life back. I felt good, more consistently and naturally than ever before. I had more optimism and an overall regained interest in life. My creative abilities returned and I became eager to clean up other areas of my life, which until this time, were simply too painful to address. Getting the toxins out of my system was the catalyst to regaining full control over my life and becoming 100% responsible for my future trajectory. It’s never comfortable to change. It’s also hard to face negative outcomes that resulted from your own doing or bad decisions. But, with what felt like a brand new body, I could actually start cleaning up all the areas that I let slide in the years prior.

The life skills portion is the final step in the Narconon journey. This is where I decided to take full responsibility for my past actions and developed a game plan to stay clear and focused upon returning to real life.

“I am fully back on track and have not stopped making my life happen since the day I graduated...”

It’s been 3 years since graduating from Narconon, Ojai. I am thankful everyday to the staff for the tremendous jobs that they do. I am also thankful for my wife and family who have stuck by me through this entire process. I am fully back on track and have not stopped making my life happen since the day I graduated. Your life is a combination of small decisions and actions that you take on a daily basis.

These actions combine exponentially over time: positively or negatively—and it’s 100% your choice. Do enough of the right things long enough, consistency and you can have, be or do anything and everything you desire. If you want to make changes, do not wait, make them now. If there is something you have been putting off or avoiding, step up and do it.

Call that person, book that appointment, buy that online course, start that business, choose health and decide to be great. There are no victims in life. Plans may change, but decisions don’t. I decide to be free from drugs and alcohol and live an abundant, dynamic life, every single day.

Choose to be great,

Learning to Love Myself and Change the Course of My Life

Since coming to Narconon I have grown and have learned so much about myself. I learned to be patient and live in the present. I’m more motivated and never have felt so determined to remain sober. Going through this program has been the best thing that has ever happened to me. 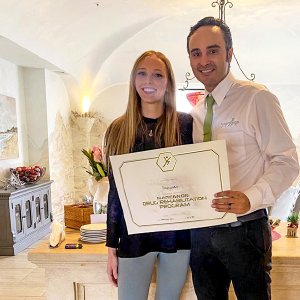 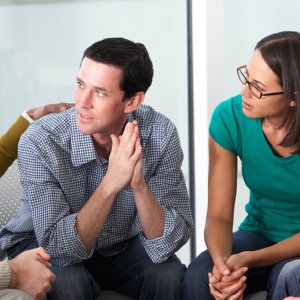