Drug Use in the Culture of Surfers and Skaters

Surfers and skaters both operate with an air of mystique that’s foreign to the outsider. They take risks most people aren’t willing to take. They sacrifice huge blocks of time to perfect their skills. And very often, they reshape their lives to conform to the culture of the sport they have embraced. Aficionados of both sports have tended to also embrace the frequent use of drugs and alcohol, sometimes to a damaging or even deadly extent.

This pattern of drug use is not much of a secret. Several years ago, a top surfer named Andy Irons was found dead in a hotel room. The coroner stated that he died of cardiac arrest as a primary cause, but the secondary cause was the long list of drugs found in his body. Essentially, the use of these drugs over time interferes with the function of the heart and could easily have caused the damage that resulted in his death.

The coroner found these drugs in his body:

The next year, the Association of Surfing Professionals (ASP) announced that it would begin drug testing competitors. The surfing website TheInertia.com noted that the ASP claimed to not know about Iron’s drug use although it was “the worst kept secret in the sport.”

“Drug use has been rampant in the surf culture.”

In an article titled Drugs, Meth and Hawaiian Surf Culture published on TheInertia.com, author Tetsihiko Endo quoted professional surfer Pancho Sullivan: “Drug use has been rampant in the surf culture.”

Leading Skater Breaks the Mold and Gets Sober

In 2016, Rolling Stone magazine interviewed renowned skater Andrew Reynolds on his career and his heavy drug and alcohol use. Here too, there’s no secret among skaters that drugs and alcohol are part of the culture. Of his early skating partners, Reynolds said, “We stuck together and got drunk and did drugs every night.” After years of cocaine and marijuana use and drinking to blackout, he realized that he was damaging his whole life, was driving drunk and ending up in jail after some binges.

It took him a few attempts to get sober but he finally accomplished that goal. Now, he doesn’t even smoke cigarettes.

In Hawaii, 70s surfing legend Montgomery “Buttons” Kaluhiokalani also got sober after thirty years of addiction to various drugs, including heroin. Now he runs a surfing school that promotes healthy living and gives talks at local schools. “Everyone was using drugs back in my day,” he said. Now he helps prospective surfers learn their sport while avoiding drugs.

It takes integrity to walk an independent, sober path when you’re surrounded by a culture like surfing or skating. It’s not easy but it can be done. At Narconon Ojai, we help professionals and athletes of all types learn how to build and maintain a strong, independent and sober life. In our exquisite setting in Ojai, California, we offer the Narconon drug rehabilitation program—a program with a fifty-year history of success. More than 40,000 people around the world have chosen this program for their route back to health and sobriety. We can help you, too. Call us today to learn more.

Young Athlete Loses Career to Drugs, but Finds a New Purpose in Recovery

Pike was a promising young quarterback recruited by Auburn after a spectacular high school performance. But Auburn didn’t know that he’d already started using marijuana and drinking and downing the occasional pill. 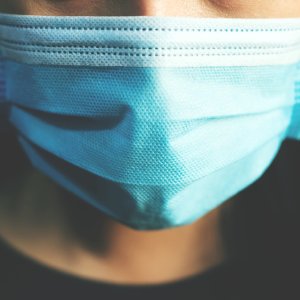