In June 2017, the Drug Enforcement Administration released its new edition of the Drugs of Abuse guideline. While much of this document is directed toward medical and law enforcement professionals, there is plenty that parents can learn from this report.

First and foremost among is getting an accurate picture of the drug-laden environment our kids are living in—an environment that may be elusive from a parent’s viewpoint. Here’s how the DEA report is constructed:

These are the most dangerous drugs our youth may be encountering. How many drugs are listed on Schedule I? An astonishing two hundred sixteen.

How many are on Schedule II? Another sixty-nine.

Just in these two categories, there’s 285 drugs in circulation in the United States that your child could encounter, experiment with and get hooked on.

Of course, they could easily also run into cough medicines, codeine products, Valium or Xanax, taking the numbers even higher.

It is an education for any parent to review this list of drugs. Some of the drugs will sound familiar because they have been in the headlines. Like these:

Parents may also have read about the drug 25I-NBOMe (also referred to as N-Bomb) – they may have seen news on the fatal outcome of abusing this synthetic drug that has driven a few people to self-destruction.

This list always changes, always has new drugs added to it because that’s the new operating mode for illicit manufacturers of drugs – create new ones that might be legal for a little while. Then when they are banned or get bad reputations among drug users, new ones will be added to the list.

Just scrolling through the list is enough to educate a parent on the vital necessity of educating their children very thoroughly on the dangers of touching any of these substances.

We realize it’s hard to know where to start, what to say. Narconon Ojai has resources that can help a parent keep their children safe. Check out the following pages:

Narconon Ojai Parent Center with information on dozens of drugs

Are We Failing Our Kids with Insufficient Drug Prevention?

What You Can Do About Marijuana Abuse

What You Can Do About Hallucinogen Abuse

And if a person has already lost their way to one or more of these drugs, Narconon Ojai can help. For more than fifty years, the Narconon drug rehab program has been guiding individuals back to sobriety and teaching them how to make that new sober life productive and enjoyable. When you or someone you care about needs help, call us. We can help you understand both the problem and the lasting solution.

Preventing Drug Use in the Home

Parents can play a huge role in whether or not their kids experiment with drugs and alcohol. How can they make a positive difference in their children's lives when it comes to preventing substance abuse? 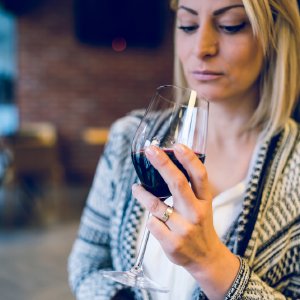