Preventing Drug Use in the Home

One could argue that the environment one grows up in and one’s life experiences are two of the most critical factors in whether or not someone uses drugs to cope with life struggles. As drug addiction grows and spreads across America, more parents are looking to their households, wondering when the critical health epidemic that is addiction will enter their own home.

As one’s environment and upbringing play such a significant role in one’s likelihood of experimenting with substances, it follows logically that parents can play a huge role in helping to prevent their kids from ever experimenting with drugs.

Top Tips for Preventing Drug Use at Home

One of the critical factors when it comes to 21st-century drug problems is that drugs are more available to young people than they have ever been before. Accessibility, coupled with a reduction in perceived risk regarding drug use (especially regarding cannabis and prescription drugs), has led young people to be more inclined to experiment with mind-altering substances.

For parents, preventing their kids from ever using drugs and alcohol should be the priority. It is much easier to prevent someone from ever using drugs than it is to get them off of drugs once they are hooked. Parents have a significant impact on their children’s decisions, even if it doesn’t always feel that way. Parents must do everything they can to stop drug use before it ever happens.

Drug abuse prevention begins when parents learn how to talk with their kids about difficult topics. Here are ten ideas and principles on how to do just that:

Addiction Treatment is the Effective Solution, Should Prevention Fail

Parents should do everything they can do to prevent drug abuse among their adolescent or young adult children. However, if that plan does not work, addiction treatment centers can help people find and address the underlying reasons why such individuals turned to drugs and alcohol in the first place.

Don’t let your son or daughter succumb to an addiction to drugs or alcohol. Contact Narconon today to get your loved one help.

In June 2017, the Drug Enforcement Administration released its new edition of the Drugs of Abuse guideline which provides a guideline for parents on drugs their kids could be abusing. 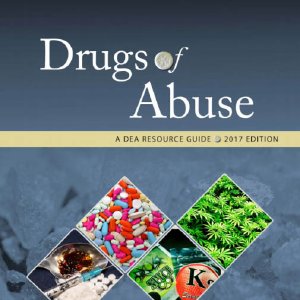