Are We Failing Our Kids with Insufficient Drug Prevention?

A typical parent has great hopes and dreams for their children and they work hard to help their kids grow up to be successful. But it’s easy for drug or alcohol use to get in the way of that future success. That’s why many schools and colleges offer their youth and young adults drug prevention lessons to help them grow up sober and safe. Are these lessons succeeding?

Here’s one place we might be able to find the answer. The Centers for Disease Control and Prevention publishes a report from the Youth Risk Behavior Surveillance System (YRBSS) with statistics on drug and alcohol use and many other kinds of risky behavior, such as texting while driving, sexual activity, getting into fights and riding with drivers who had been drinking. The survey is answered by more than 13,000 students in public and private schools across the country. The 2013 edition of this survey should shed light on our success or lack thereof.

Ordinary logic would suggest that if our lessons for elementary schools, middle schools and high schools were effective, the majority of our children would grow up with an understanding of the harm that drugs and alcohol do and they would avoid them. Sure, there will always be some youth it will be impossible to convince, who simply must break the rules. But certainly, the majority would avoid substance abuse—if our efforts are effective. So how do the numbers look?

According to this survey, by the time our kids finish 12th grade, 48.6% have smoked marijuana.

Here’re the numbers for the other grades:

How many smoked marijuana for the first time before they turned 13? 8.6%, with males trying this drug at almost twice the rate of females.

As a reminder, marijuana use by anyone under 18 is illegal everywhere in the U.S. Only high school students over 18 who have medical permission to use the drug can legally do so.

By graduation, just over three-quarters of our high school seniors have consumed alcohol.

For the other grades:

The students were also asked about drinking and driving. Almost two-thirds of the students who responded had driven a car in the 30 days before a survey and of these, one in ten had themselves driven after drinking alcohol.

In general, males rank higher in most categories than females.

Here are some of the numbers for 12th-grade males:

It’s apparent that our youth are not learning the lessons we want them to have. They are not achieving the knowledge they need to prefer sobriety to intoxication of one kind or another. The problem could lie in not enough drug education classes or the wrong type of information being taught. Or it could be that the lessons are not convincing enough to overcome the influence of all the drug and alcohol use they see in movies and on the television or in their homes or communities. To raise a sober generation, we must get through to more of our youth about the real damage these drugs can cause to the kind of futures they want for themselves.

It will take more than just a drug education class, or parents’ threat of punishment to steer them away from drug use. It will take a concerted effort from society as a whole—where kids are given hope of a bright future and can learn from television and movies that they can have fun and socialize without drugs or a drink in their hand. There isn’t one simple answer. It’s up to all of us to work together to provide the right environment and the right message.

Cocaine has not always been associated with large numbers of deaths, at least not to the degree of other substances like opiates and alcohol. However, these deaths are now beginning to skyrocket, almost tripling in number in just the past five years. 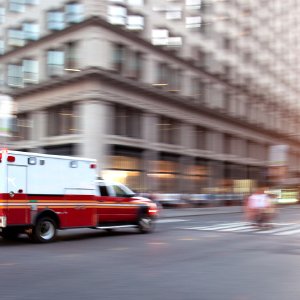 Is Someone You Love Managing Their Emotions with Drugs?

Emotions contribute part of the richness of life in this world. Yet many people will resort to drugs to alter or manage the unpleasant emotions rather than develop skills to deal with them.