You’ve probably heard or read many times that alcohol is supposed to have health benefits. At the same time, you undoubtedly know that many people have lost their health to overconsumption of alcohol. So where can the lines of benefit or harm be drawn? A new study helps us come to the right conclusions. Just published in the Journal of the American College of Cardiology, this new study proves that anyone thinking that if a little alcohol is good, more alcohol is better is only doing himself—and his heart—harm.

The study reveals a connection between heart attacks and other cardiac problems and alcohol consumption, even when those people suffering problems don’t have any family history of heart disease or known risk factors.

What If No One Abused Alcohol?

How many people would benefit if they refrained from abusing alcohol?

So how much alcohol is too much? The exact limits of light, moderate or heavy drinking are a little hazy, but a survey of doctors produced this scale:

A drink, for this purpose, is equal to one beer, one five-ounce glass of wine or 1.5 ounces of distilled spirits or cognac.

Were Those Studies Showing Benefits Flawed?

Not everyone agrees that the early studies claiming health benefits of alcohol were accurate. Many studies endeavoring to replicate the original benefits or meetings promoting these benefits have had ties to the alcohol industry. For example, one California doctor published a study that found that those who drank in moderation were less likely to be hospitalized for heart attacks. He later received research grants from an alcohol industry foundation.

A scientist from the Centers for Disease Control reviewed the original studies that have been used to support messages about the supposed health benefits of moderating drinking. He concluded that abstainers and moderate drinkers were so different in many aspects of their health-related lives that they could not be compared. He referred to making a direct comparison of them was like comparing “apples and oranges,” and that advising the abstainers to drink would not move them into a healthier group. The American Heart Association agrees with this idea, and advises abstainers not to start drinking as a way of improving their health.

What if a Person Can’t Control his Drinking?

The California doctor mentioned above was clear on this point: Any person who can’t stop at one or two drinks a day should not drink at all. The same with those who suffer from liver disease.

A person who can’t stop drinking until he is drunk needs help to achieve not only sobriety, but protection from the severe health conditions an alcohol abuser is subject to. Excessive alcohol consumption is not only hard on the heart, it is known to cause several types of cancer, including esophageal, liver, breast (for women) and colorectal cancers plus cancers of the head and neck.

At Narconon Ojai, we help a person who has lost control of his drinking to get that control back again. The rehabilitation program at Narconon Ojai helps each person recover clear thinking and a brighter outlook with a thorough, nutritionally-supported detoxification step, and then strengthens life skills to help prevent relapse. Call today to learn how the rehab program at Narconon Ojai can help someone you care about start on the road to an alcohol-free future. 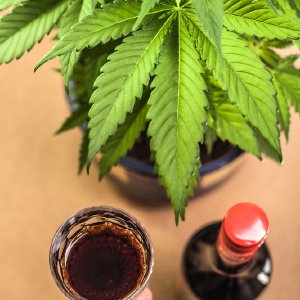 The Delusion that Drugs or Alcohol Made Me a Better Artist

Somehow a lot of artists think they have to be high or drunk to access a higher level of creativity. But it became very clear to me drugs and alcohol take it away. 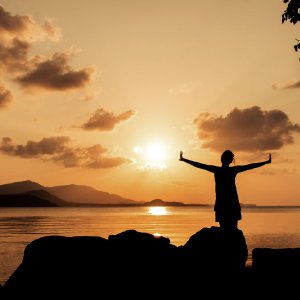