Ten Keys to a Successful Intervention

The addiction of a loved one is a heartbreaking situation of staying awake at night worrying and waiting for phone calls that tell you of tragedy. Families often find rehab programs for their loved ones but can’t get them to arrive. Different family members may take the addicted person aside and try to intervene to get recovery started. If these good-hearted people don’t know the keys to carrying out a successful intervention, their efforts are likely to fail, no matter how much they wish to succeed. Here are ten key points of holding a successful intervention.

1. Arrange for the person’s entry into a rehab before doing an intervention.

You should plan on the individual going directly to rehab—within hours is best—from the intervention. Any admission arrangements should be handled before the intervention starts.

2. Have an idea before you start of what issues might need to be handled before the person can leave.

There might be children, pets, rent to be paid, employers to be notified, vehicles to be stored. An addicted person will very often use this list as reasons why he can’t go right now. If you anticipate his objections and have a plan for covering these points, you have a greater ability to demand the person’s immediate departure.

3. Plan on not tackling this chore alone if at all possible.

In most cases, it works better for a family to present a united front when you’re trying to get someone into rehab. It has a big emotional impact on the addicted person for multiple people to show how much they care. It also makes that person realize that he has no one to escape to—no one who will commiserate with his complaints and justifications.

4. Choose a leader for this activity who is the least likely to be swayed or emotional.

There’s no denying that getting a person into rehab is a life or death matter. Many family members realize they have made errors in the past that might have contributed to this person’s addiction so their own guilt may weaken their resolve. The person in charge must be as unshakable and unswayable as possible. The others in the group must agree to support him completely.

5. Agree on one outcome that is acceptable.

This will normally be that the person commences rehab immediately. It could be that they arrive at a detox facility but in nearly every case, detox needs to be followed by rehab.

6. Set up a time for the intervention when the individual is the most likely to be sober.

For most people, this is when they get up for the day, whatever time that is.

You could be surprised and the person might respond that he is ready for rehab right now but this seldom happens. You will probably get every manipulative tactic thrown at you that the person can come up with. Guilt, blame, justification, rationalization, minimization, just flat refusal. It’s very likely the addicted person will blame others for harm that triggered the drug use, or claim that his drug use is not that bad and he will cut down his use on his own. Or he’ll just lie outright. You may have to present the proof you have about the drug use. No matter what resistance you face, you will have to stay resolute and focused on your goal.

This is not the time to be accusative, no matter how much pain and harm his addiction has caused. It’s probably going to be hard because the pain and harm may have been very great. Your only chance to get this person into rehab is to be kind now and let them come up to more responsibility gradually as they progress through their recovery. Being faced with their misdeeds while they are already beaten would simply be overwhelming.

9. No matter what happens, stay united.

Your only hope is for all of you to deliver a consistent message which is that rehab is the only option being offered. If anyone can't deal with the emotion or fear, it might be better if they step out of the room.

10. Cut off any escape routes.

If someone has been giving this person money that enables him to continue to live and use drugs, that must stop. If he’s been sleeping in someone’s basement, shed or garage, that permission will have to end. There must be no other avenue for this person other than rehab.

These ten vital points should help you stage a much more effective intervention. And if it doesn’t succeed, all is not lost. Professional interventionists are experts at helping an individual see that rehab is the answer to his struggles. Narconon Ojai can help you find the right interventionist for your situation. Call us at 1-877-936-7435. We can help.

Don’t Wait for it to Become Addiction

Sometimes waiting for someone's drug use to worsen or for them to "hit bottom" can be too late. The time to act is before it turns into a full blown addiction. 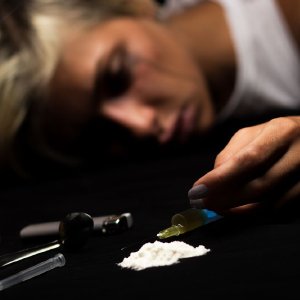 Barriers to Overcome in Getting Someone to Rehab

When a family is trying to save a loved one from the perils of addiction, the obstacles to success often seem overwhelming. The first step to lowering those barriers is understanding them. 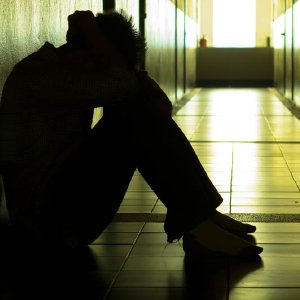