Millennials Turning to Hallucinogens and Marijuana Instead of Opiates—Why?

Millennials seem to be one of the most interesting generations yet. They never cease to surprise us. They never cease to surprise each other too, sometimes. Even in something as grim and unusual as drug and alcohol abuse, there-in, of course, millennials also have their own way of approaching addiction. Studies show that millennials and generation Xers are more likely to change their lifestyle habits to handle a painful physical condition than they are to take pharmaceutical drugs for chronic pain.

“It’s encouraging that millennials see the value of opting for safer and often more effective methods of managing pain. But clearly, they are in need of further education when it comes to opioids and chronic pain because using the drugs initially to treat pain can turn into a lifelong struggle with addiction.”

When we look at previous generations, like the baby boomers, these adults are twice as likely to use opioids to treat pain than millennials are.

Nearly thirty percent of millennials believe that it is fine to take opioids without a prescription. One in ten millennials said they either currently know or have known someone who had obtained opioid drugs unethically and who was abusing them.

The interesting disparity here is that millennials clearly see the value in opting for safer methods for addressing pain, yet they also at the same time see nothing wrong with those who do want to take opioids for pain. In a direct quote from the President of the American Society of Anesthesiologists, Jeffrey Plagenhoef:

“It’s encouraging that millennials see the value of opting for safer and often more effective methods of managing pain. But clearly, they are in need of further education when it comes to opioids and chronic pain because using the drugs initially to treat pain can turn into a lifelong struggle with addiction.”

The survey was a very simple and very direct one, with only ten questions. The intention was to keep it short and sweet so that millennials would be more likely to answer truthfully and to really give each question some thought.

It is a bit perplexing that so many millennials felt the way they did about opiates. It’s actually kind of a dichotomy. Almost uniformly their response was on the line of, “Hey man, it’s not for me, but I don’t mind if you do it.” At the very least, this is worth more investigation to really see for ourselves if we as a nation can tap into the mindset of the millennial and thus reduce pharmaceutical abuse nationwide.

Millennials and Drug Abuse—What Makes the Problem Different for Them

Every decade and every generation seems to be affected by drug abuse differently than the last decade or generation was. Drugs which were popular in one generation might prove to be rather disinteresting to the next generation. 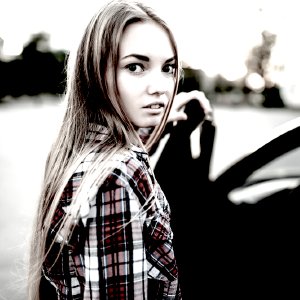