Millennials and Drug Abuse—What Makes the Problem Different for Them

Every decade and every generation seems to be affected by drug abuse differently than the last decade or generation was. Drugs which were popular in one generation might prove to be rather disinteresting to the next generation. Certain drugs that were plentiful and easy to get in one decade might prove almost inaccessible just a few years later. Just like with anything else, there are trends to drug abuse, and staying on top of these trends is key in addressing and reducing a drug problem.

With that in mind, it is important to understand that drug and alcohol abuse has hit the millennial generation harder than it has previous generations. Even the hippie generation of the 1960s and 1970s did not suffer as much from drug abuse problems as the millennials have. While there was certainly a great deal of drug use in the 1960s and 1970s, the types of drugs that were consumed in that era did not hold a candle in danger and risk to the drugs of today.

At this time, the United States is struggling with its worst drug abuse problem that it has ever faced in recorded history. This is an issue and a difficulty that is so serious and so prevalent that it threatens to create an unstoppable problem for us. In 2011, the Centers for Disease Control and Prevention labeled the issue an epidemic, and in 2017 President Trump himself labeled the addiction issue a “National Public Health Emergency.” The problem has only gotten worse every year, and efforts that we take to correct it are seemingly ineffective. And even for the efforts that are effective, the drug problem seems to grow faster than we can take it down a notch.

As one can imagine, this has had a pretty terrible effect on millennials. Whenever a drug problem touches down in an area, it is the younger adults who are always hurt most by it. This phenomenon has manifested itself several times in prior decades. But when we add to that the other challenges that the millennials, in particular, are also faced with, we have a melting pot for a major struggle.

So what does 21st-century drug abuse look like for millennials? Let’s take a look at some specific examples of this problem.

How Millennials Have Been Affected

According to the Centers for Disease Control and Prevention, between 2015 and 2016 the overdose death rate for people between the ages of twenty-five and thirty-four rose by over ten percent. This age group represents the older-half of the millennial generation.

Basically, millennials are dying from drug abuse far more than previous generations in this age range have in the past. That’s how they are being affected. The CDC reported that 2016 saw thirty-five Americans between the ages of twenty-six and thirty-four dying from drug overdoses for every one-hundred-thousand individuals in this age group. That represents a ten percent increase from the 2015 death rate and a fifty percent increase from the 2014 death rate. Numbers for 2017 have not yet been fully recorded.

For millennials, the number one killer is opioids, which makes sense as the number one killer in drug use for all Americans has consistently been opioids since 1999. In 2016, exactly forty-two-thousand, two-hundred and forty-nine Americans lost their lives from opioid overdoses. That figure represents about sixty-six percent of the total, sixty-three-thousand, six-hundred overdose deaths that year.

What makes the drug problem more serious for millennials comes out to a combination of different factors. For example, millennials are the best-educated generation to date, yet forty percent of our nation’s unemployed are millennials. So we have a generation where sixty-one percent of them went to college, yet the career opportunities that should be waiting for them afterward just aren’t there.

Another factor is that, when millennials do get jobs, they earn less than previous generations did. Wages are not keeping up with inflation and the frequent price increases for goods and services. The average millennial only earns about thirty-thousand-dollars a year today, whereas earnings in 2000 were thirty-seven-thousand dollars a year, and that accounts for almost two decades of inflation.

Yet another factor is that millennials are reporting higher stress and depression levels than any previous generation did. One in five millennials reports depression, whereas only sixteen percent of Generation X or Baby Boomers report the same. As one can imagine, all of these factors contribute to drug and alcohol abuse for millennials.

There are two ways to reduce a drug problem for any demographic in any area. These are:

Drug and alcohol addiction does not have to be the future for millennials. This generation might have it tough, but there are ways out of the trap.

Getting off of drugs and alcohol is all about pursuing a healthier lifestyle on physical, mental, personal, behavioral, and spiritual levels. The entire approach to addiction treatment revolves around this common principle of betterment.

Scientifically and logically, we can extrapolate that a healthy diet that literally heals the body from the inside out, would also be more conducive to healthy living, and would deter a person from drug use. When a person is eating well and staying healthy, they are not feeding the same dopamine receptors and addiction channels in their brains and central nervous systems that were initially fed by drug abuse.

Having a proper diet complements the immense strength and fortitude that one got from rehab, and eating healthy every day is simply a wonderful commitment to health that every recovering individual should be willing to sign up for. Committing to a good sleep schedule and making sure that one is well-rested does wonders for an individual’s day-to-day attitude and perspective. Exercising frequently is also of huge benefit to recovery, and to staying healthy in general.

Talking to people when times are tough, having opinion leaders to go to for support and advice, and having friends and family members who can provide assistance through the struggles of life are all valuable strategies. Millennials have it rough, that’s for sure, but there are several day-to-day life approaches during and after rehab that they can implement on a regular basis to ensure a healthy, happy, drug and alcohol-free life.

Millennials Turning to Hallucinogens and Marijuana Instead of Opiates—Why? 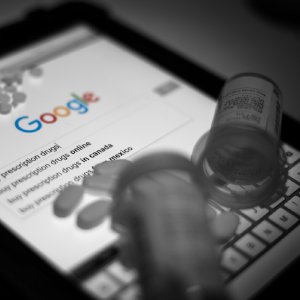