I Would Rather Die than Try Rehab Again. So Why Did I Go?

I started experimenting with drugs and alcohol at 14. By 18 it was routine. As one brushes their teeth or does the laundry, I would sedate myself. By 25 I had entered a whole new world, one that occupied the same space as this one but with a darker connotation. To decent folk, a man loitering outside a 7-11 was waiting for a friend, or maybe the bus. In my world, he was a potential dealer, a platform for my next high. Drugs had become ubiquitous and unavoidable, they left no room for the other aspects in my life that once derived pleasure and success. I had tried other programs in the past, however, there was something missing. They had preached that I was bodily and mentally different from others, that I was insane and only a power greater than myself could restore me to sanity. For me, this only substantiated the idea that I needed something outside of myself to be at peace. I rejected this belief. I resigned myself to a life that at its best was a steady decline into moral bankruptcy and at it's worst, a short and violent one. At this point in my life, I had watched my family go through the stages of acceptance for my inevitable death. Then, my parents reached out to Narconon in an 11th-hour attempt to save me from myself. There were tears, fights and emotional appeals for me to give Narconon a chance. My response to their pleas was that I would rather die than try rehab again.

After doing the research, I found that Narconon had a completely unique approach to their program. Something I couldn’t say that I had ever tried before. With some trepidation, I left for Narconon. The first thing that caught my attention was their hands-on approach to my health. While I withdrew they never left my side, making sure I didn’t suffer alone. Next, I did the New Life Detoxification Program, which handled the physical aspects of my treatment. While other programs had preached a return to health, Narconon immediately delivered. Within weeks I had regained my strength and vitality. I started feeling better than I had ever felt, having removed years of toxins and speeding the body’s natural detoxification process tenfold. After that we moved on to the coursework, focusing on the cognitive part of treatment. Understanding why I was struggling with addiction and providing an outlet to move past it. I learned some powerful information that I would like to share with whom it may concern. First, I learned that I was not evil. I needed neither drugs nor an outside influencer to rejoin society as a happy and productive member. Instead, I was mal-adjusted to life. I was basically good and my self-defeating ways were merely my soul remonstrating the actions which had caused myself and others great harm. I learned to take ownership of my past wrongdoing as it was an investment in a future without regret. I learned to sever the ties that had bound me to those anti-social beings who suppressed my will for good. Lastly, I learned that I alone am culpable for my actions, that any trauma I have faced is merely an influencer and not an excuse for wrongdoing.

“No matter how difficult life gets I now have tools I can use instead of turning to drugs. I am armed with knowledge, and that cannot be taken away from me no matter what adversity I face.”

Since completing the program I have found joy in the simplest of tasks, reconnected with my family, and found a job. I see life differently, finding ways to cope with issues instead of covering them up. I have high hopes for what’s next. No matter how difficult life gets I now have tools I can use instead of turning to drugs. I am armed with knowledge, and that cannot be taken away from me no matter what adversity I face. I will not speak to the future, favoring taking it as it comes. However, it has been almost 3 months since my last drug usage, and I will not live in the past. My life is as promising as it’s ever been due to this program. To anyone interested in the Narconon program I urge you to come, it could save your life.

Saved from the Nightmare that Was My Life 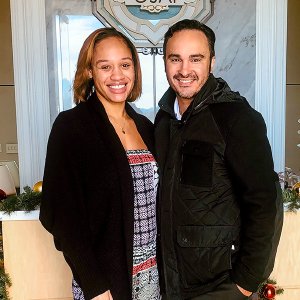 I Was Lost and Broken, Now I’ve Found Myself

“Looking at the difference between the photo of me before I came to Narconon Ojai and the photo of me today made me realize how far I've come in such a short period of time. It made me remember the dark place I was in before coming here…“ 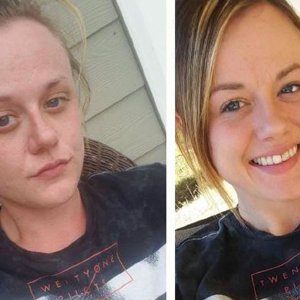