A new study found that half of the drinkers surveyed who think they are “okay to drive” are wrong. This study’s findings are quite revealing, and the conclusion is quite obvious. If half of those who consume alcohol cannot correctly determine if they are sober enough to drive a car legally, shouldn’t there be a zero-tolerance policy for alcohol consumption and driving? If half of drinkers cannot tell if they are past the legal limit of 0.08% BAC, shouldn’t the legal limit be changed to 0.0%? Wouldn’t that be not only the sensible but also the safe thing to do?

A December 2021 publication of the Harm Reduction Journal led with an important Europe-based research project into just how capable (or incapable) most people are of accurately assessing their levels of intoxication. Primarily, the study sought to determine if participants who had consumed alcohol could correctly identify if they were too intoxicated to drive.

According to the findings, at least 50% of study participants who thought they were sober enough to drive were well past the legal limit of blood alcohol content. This finding is particularly concerning, given that alcohol-impaired driving is a serious problem worldwide, the leading cause of death for people aged 5 to 29.

The researchers found that, on the first day of the research, about 39% of the students who came forward once they thought they were too drunk to drive had, in fact, already exceeded the threshold of alcohol intoxication some time ago. On the second day of research, when the study was repeated, 53% of students who came forward had already exceeded the legal limit in a previous breathalyzer test.

In summary, on the second day of the study, more than half of the students had (unbeknownst to them) long since passed the legal threshold of alcohol intoxication, as evidenced by breathalyzer tests taken before the students decided they were too drunk to drive. We can conclude from this that people tend to overestimate their alcohol tolerance. They tend to assume they are less intoxicated than they are.

“In countries with legal alcohol limits, it’s usually the driver who makes a judgment about how much they’ve drunk and how fit they are to drive. But as we’ve shown, we are not always good at making this judgment. As many as one in two people in our study underestimated how drunk they were – and this can have devastating consequences.”

The findings should act as an alarm bell for public health officials, policymakers, and road safety specialists. Quoting study director Dr. Kai Hensel from Witten/Herdecke University and the University of Cambridge, “In countries with legal alcohol limits, it’s usually the driver who makes a judgment about how much they’ve drunk and how fit they are to drive. But as we’ve shown, we are not always good at making this judgment. As many as one in two people in our study underestimated how drunk they were – and this can have devastating consequences.” Dr. Hensel’s words are a sincere warning. And the conclusion is this: If we want to reduce drunk driving accidents and fatalities, something will have to be done about the fact that at least 50% of drunk people think they are sober enough to drive.

Another concerning element to the findings is that the more drunk the participants became, the less likely they were to accurately assess their blood alcohol levels. For example, a participant with a lower BAC of about 0.03%-0.05% would be more likely to correctly identify their BAC or at least be within a few percentage points of it. Conversely, students above 0.08% BAC were more likely to wildly underestimate their correct BAC. Quoting Dr. Hensel on this particular point, “This could have serious consequences in England and Wales, where the legal driving limit is higher, as it suggests that a significant number of people might misjudge how drunk they are and consider themselves fit to drive when in fact they have a potentially dangerously high level of alcohol in their blood.”

Alcohol consumption leads to a much higher risk for poor decision-making, creating a situation in which it is more likely that such individuals will drive unsafely. Furthermore, the study results beg this unspoken question: If 50% of alcohol drinkers cannot accurately determine if they’re “okay to drive,” should people be driving after consuming any alcohol?

According to the National Institute on Alcohol Abuse and Alcoholism, despite decades of public health efforts, major educational campaigns, and law enforcement/prevention efforts, alcohol-related traffic fatalities still account for about 28% of traffic deaths, equivalent to just over 10,000 deaths.

As the study data and the statistics on the harm from drunk driving show, there is an urgent need to solve this critical problem. The researchers cited earlier recommended that people who plan to drive should not drink alcohol. Conversely, those who are drinking alcohol, even if they have just one drink, should not drive.

With about 28 people dying in the United States every day from drunk driving crashes, one death every 52 minutes, it’s up to Americans everywhere to decide that these preventable deaths must end. And that begins with insisting that people who drink do not drive, no matter how little they are drinking.

People Who Cannot Control Their Drinking Must Get Help

While anyone who drinks to excess poses a risk to themselves and others, people who have a problem with alcohol are responsible for most alcohol-related harm. That’s why it’s so important for those who cannot control their drinking to get help at qualified drug and alcohol treatment centers.

Addiction is a horrible crisis, a daily struggle not only for those who suffer from addiction but for their family members and loved ones. And addiction is lethal too. Every year, about 95,000 Americans die from alcohol-related harm, making it one of the nation’s leading causes of preventable death. If you have someone in your life who is misusing alcohol and who cannot stop, please get in touch with a qualified drug and alcohol treatment center today.

How to Get Sober and Stay Sober: 3 Years of Sobriety Success Story

It’s been 3 years since graduating from Narconon, Ojai. I am thankful everyday to the staff for the tremendous jobs that they do. I am also thankful for my wife and family who have stuck by me through this entire process. 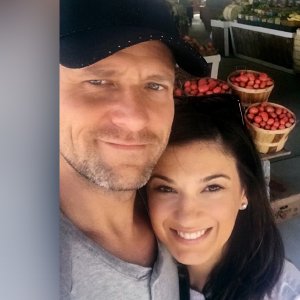 It's virtually impossible for a person to become addicted to drugs or alcohol without causing them to take on other poor health habits. While this has been known for years, an Australian study that examined excessive drinking and unhealthy diets further proved the point. 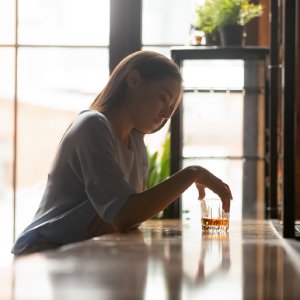