Buprenorphine is the latest drug developed to treat opiate addiction. It’s sold in different formulas with different brand names but it’s always the same drug. It could be called Suboxone, Belbuca, Probuphine or Zubsolv, depending on how it’s formulated.

Buprenorphine is itself an opioid pain medication that was developed to treat moderate to severe pain. (An opioid is any synthetic drug that is chemically similar to opium.) In 2002, this drug was approved by the Food and Drug Administration for the treatment of addiction to other opioids like morphine, codeine, OxyContin, Vicodin or Lortab. It’s also used to treat addiction to heroin.

If someone you care about has been to a drug rehab recently, you may have heard about the formula named Suboxone. Its use is very common in drug rehabs and becoming more widespread. Suboxone contains a combination of buprenorphine and naloxone. Naloxone is added to this formula to block the euphoric effects of buprenorphine in an attempt to keep people from abusing it.

Use an Opioid to Treat Addiction to Opioids?

But in the prescribing instructions for this drug, the truth comes out. These instructions state: Suboxone may be habit-forming, even at regular doses. Take this medicine exactly as prescribed by your doctor. Never share the medicine with another person. MISUSE OF NARCOTIC PAIN MEDICATION CAN CAUSE ADDICTION, OVERDOSE, OR DEATH.

The Side Effects of Buprenorphine

The side effects of buprenorphine are similar to those of heroin. They include:

If you stop taking buprenorphine, the withdrawal symptoms are much like those of kicking heroin. You may experience:

According to those who have been through it, some of the effects of buprenorphine withdrawal can last for months, including apathetic mood, depression, anxiety, and restless leg syndrome.

The intense craving for more drugs makes withdrawal so painful that many people give up and return to the streets or the pharmacy for more drugs. This vicious circle evolves into the dwindling spiral of addiction. You desperately want to quit but the pain and sickness is too hard to deal with.

So why does buprenorphine look like such a good idea to some people? A headline in the New York Times (2013) stated: “Buprenorphine generated $1.55 billion dollars in sales in in the US in 2012.” In the last several months, federal agencies have been endorsing and supporting the increased use of buprenorphine formulas in drug treatment centers, meaning vastly more money for any company manufacturing buprenorphine.

How Long Should Buprenorphine Be Prescribed?

One of the major problems with this drug is that doctors prescribing it as part of a patient’s addiction treatment have been advised that they can give this drug to their patients “indefinitely.” In other words, for the rest of their lives. And some doctors are doing just this.

Instead of recovery, the addicted people who choose this form of treatment are kept on this drug day and night for years. All the dullness and deadness of mind and body that come with taking a daily dose of opioids are with them constantly. What happens if they ever run out or their doctor decides to take them off the drug? The cravings can kick in so strong that they could be out on the street in hours, looking for heroin – pills – anything to satisfy the cravings.

If someone recommends a buprenorphine or Suboxone treatment program for you, please do your research. Take a look at the effects of the drug. Do you really want those effects with you morning to night?

At the Narconon Ojai drug rehab center, we help our clients achieve true rehabilitation. It starts with helping each person repair the wreckage from their years spent addicted and proceeds on to teaching them the life skills they need for true and lasting sobriety.

Call the counselors at Narconon Ojai with questions about recovery without buprenorphine. Your call will be handled with the utmost care and confidentiality.

Don’t wait but find out how we can help you get started on the road to a sober, happier and healthier life. Call today.

The Irony of Medication-Assisted Treatment

Treating addiction to one drug by giving a person a second drug is not a new concept. But the question remains, do substitute drugs just give a person a new addiction?

Narconon outlines the ten most addictive substances in the world. 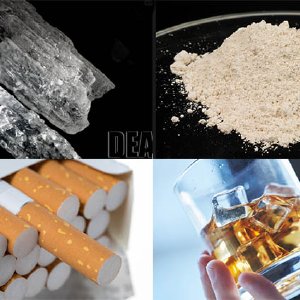