Has Pain Really Increased that Much?

The report from the Washington Post showed that 38% of Americans are taking pain medications and only 31% are smoking cigarettes, cigars or pipes or using any other form of tobacco.

Of course, the majority of those consuming painkillers are taking them with a legitimate prescription. Only about 3% of these pills are being consumed illicitly, with pills being obtained by doctor-shopping, theft, buying them from drug dealers or otherwise illegally obtaining them.

Still, the question remains: Are Americans really in that much pain? Or are so many painkillers being prescribed that we have a flood of these drugs on the market, which drives increased abuse and addiction?

The CDC Tries to Curb Overprescribing

Earlier this year, the Centers for Disease Control and Prevention released advice for prescribers, recommending that they “Start low, Go slow.” Meaning to give patients the lowest useful dose of a painkiller to start and then only increase it slowly, as needed. The CDC was putting the brakes on runaway prescribing that has seen many doctors sending patients home after a sprain or wisdom tooth removal with a full 30-day supply of pills. When the pain reduced after a few days, the remainder of these pills would sit in medicine chests where they could be found by a housewife plagued by loneliness, a curious teen who had heard of these pills from friends or a visiting plumber with an addiction problem.

Each year, there are more than four billion prescriptions issued in the U.S. Many are life-saving medications or alleviate the pain of surgery, cancer or serious accidents. But one wonders if each person in the U.S. needs an average of 13 prescriptions (which includes newborns, those in prison and healthy people who take no drugs at all).

Of the 2.9 million Americans who begin abusing drugs each year, about one in four starts with pain relievers. And it is well-known that when money for pills runs out, some of these people turn to heroin because of its lower cost.

Why Have the Number of Smokers Dropped?

Since the mid-1960s when almost half of Americans smoked, the numbers have steadily dropped until now, fewer than 20% smoke. There are many reasons this practice is going out of style, including high taxes on cigarettes, the inconvenience of having to walk outside work or a restaurant to smoke, and many public service announcements in the media.

It does make one realize that if Americans can be convinced to stop smoking, they can be convinced that abuse of painkillers or other drugs like marijuana is damaging. Bringing the numbers of alcohol abusers and drug users down will require effective rehabilitation for those who have become addicted, thorough drug prevention in schools, parents who are 100% clear in their intention that their children remain drug-free and alcohol-free until they are adults (at least, if not longer) and community agreement on the value of a drug-free life.

If you are in need of effective rehabilitation for someone you care about, call Narconon Ojai today. For fifty years, the Narconon program has been helping those addicted to heroin, alcohol and other drugs build new, lasting sober lives.

Call us. We can help.

Prescription Drugs For the last two decades, doctors have been handing out painkillers almost with abandon. Not only was severe, life-ending pain treated with these addictive substances, but also chronic, moderate pain like knee pain and low-back pain. 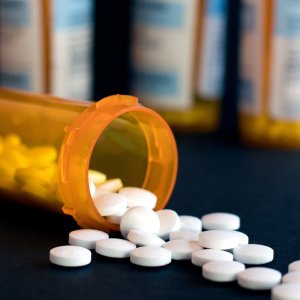 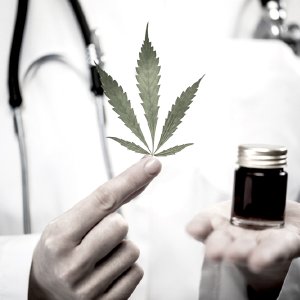