Why Alcohol is One of the Toughest Addictions to Kick

The Current Situation of Alcoholism in the United States Today

In a monumental project, the National Institute on Alcohol Abuse and Alcoholism performed extensive research and examination to determine exactly what the extent of alcoholism in the United States was. The research program was called the National Epidemiologic Survey on Alcohol and Related Conditions. In this program, more than forty-three-thousand Americans were interviewed in regards to their lifetime histories of alcohol and drug use experiences. According to the interviews, four-thousand, four-hundred, and twenty-two people meet the criterion for alcohol dependency of either physical dependence, psychological reliance, or both.

Of that four-thousand, four-hundred and twenty-two people, about twenty-five percent of them had gotten some form of treatment at some point in their lives. This shows just how expansive the treatment gap is in the United States. It shows that, while about ten percent of Americans are addicted to alcohol, only about twenty-five percent of those addicted ever actually get any help for their habits. The rest are left to fend for themselves, and they are not that good at doing that. Alcoholism is not something that one can kick on their own. Almost never.

Alcoholism has spread and grown to be the single most prominent addiction problem in the United States today. Not only are more people addicted to alcohol than any other substance, but alcohol causes more health problems, more difficulties, more troubles, more crisis, and more deaths than almost all other health issues. According to the Substance Abuse and Mental Health Services Administration, more than twelve million Americans have an alcohol misuse habit of one kind or another.

Why is Alcoholism so Tough to Quit?

A lot of people wonder why alcohol is so hard to stop using. There are a few reasons that contribute to this substance being one of the most addictive drugs in the world:

This is just a brief glimpse at why kicking an alcohol habit is so difficult. In reality, an alcohol addiction is a little bit different for each person who is affected by it. Everyone will struggle with this problem differently, so it becomes a matter of getting everyone off of alcohol addiction in a way that is workable and conducive to sobriety for them.

We can harken back to the turn-of-the-century or even mid-twentieth-century utopian novels, novels that depicted a “perfect” world. One or two of these books had drug use as being a prevalent factor in them, but many did not. The underlayment, however, in every depiction of a utopia, has been of a world with no destruction, crime, violence, brutality, rudeness, abuse, rape, murder, theft, etc.

This should be a utopia that we should all work for. Alcohol is the hidden killer. The drug that causes untold damage but which is allowed and in fact encouraged so much in our society in tandem. That has to change.

Why You Should Say No to Alcohol This Holiday Season

Holidays are a time when people often drink to excess, and that can lead to a host of problems such as drunk driving, fights with family, alcohol poisoning, possibly even the first step towards addiction. Might it be a good idea to commit to a sober or “dry” holiday this time around? 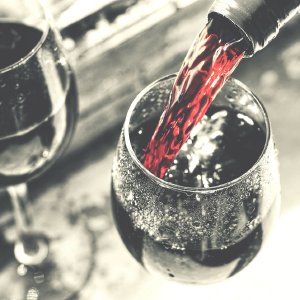 Rehab for Execs, Artists and Athletes

People who lose everything to addiction are not always scruffy, poorly-dressed individuals living on the margins of society. Wealthy, high profile individuals may also fall to this problem.

Adrian Heredia in Professionals and addiction