When we think of prescription drug addiction, we usually think of the lives lost, the families permanently damaged, and the communities devastated. We think of the effect drug use has on the workforce, on the local economy, on the local church, and the nearby schools. We know that this is a problem of epidemic-scale proportions, and we know that the severity of prescription drug abuse transcends many aspects of life.

The Price of Addictive Prescription Drugs Continues to Increase

This is why so many young people in the Midwest, Appalachia, and Southeast have turned to heroin in the last eight years. Street heroin was and is a cheaper alternative to opioid pain relievers.

In a recent report from Reuters, pharmaceutical giants released data indicating their intentions to increase the costs of prescription drugs, all prescription drugs, by four to seven percent by the year 2021. Pharmaceutical giants would have increased them by more than that, but public outcry likely would not have allowed it, and insurance companies would have likely ceased providing coverage for those medicines.

Another Risk on the Horizon

In addition to increases in prescription drug spending, Big Pharma also plans to flood the FDA with new drugs to be approved, should the FDA see fit. The FDA already approved twenty-two new prescription drugs this year and is set to approve forty to forty-five new drugs for next year. According to QuintilesIMS, pharmaceutical giants are working on no less than two-thousand three-hundred new drugs that they plan to launch in the coming years.

Every time Americans find fault in a prescription drug for its addictive and lethal nature, pharmaceutical giants continue to make them. Years of deaths, investigations, and lawsuits will ensue, and finally, the manufacturer will stop making the drug. The problem is though, they will simply start making a different drug, possibly more potent than the last. It is a never-ending, vicious spiral.

The only way to break free from the vicious and financially taxing problem of our reliance on prescription drugs is to simply not be apart of the game. It is a game where no one wins except the corporations that make the drugs themselves.

Some prescription drugs are necessary for life. They are not the focus of this piece. It is the pharmaceutical painkillers, the addictive substances, the expensive opioid pain pills that are causing so much damage here. There are alternatives to pain relief that do not require so much cash and which are not addictive. These are the approaches we need to capitalize on, lest Big Pharma break our spirits and our bank accounts in tandem.

The Washington Post reported that more than 115 people die every day from opioid related use. Anyone who takes opioids is at risk of developing addiction… 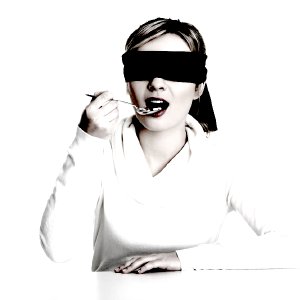 Income Levels and Drug Abuse: Does Economics Play a Part?

It’s time we abandoned any old thinking that drug and alcohol abuse only affects the poor and economically unfortunate. In this day and age, drug addiction spreads rampant through all income levels, demographics, ages, ethnicities, geographic areas, etc.