Shouldn’t We Be Talking about Alcohol?

The headlines are filled with stories about heroin-using individuals who lose everything they love and, in some cases, their lives. It’s easy to find stories of children being removed from homes, of parents overdosing in cars or gas station bathrooms or falling down in public. And it’s important that we know about this catastrophic loss of life to drugs like heroin, cocaine, methamphetamine or synthetics. But what about alcohol? It doesn’t seem to be making headlines. Should it be?

Alcohol remains the elephant in the room. In the United States and around the world, far more people die from alcohol-related causes than drug overdoses. Below, you’ll see a chart showing the roughly 88,000 alcohol-related deaths in the U.S. compared to 47,000 drug overdose deaths.

Why aren’t headlines filled with this news? There are a few reasons:

If we shift our focus to worldwide statistics, the contrast is even more startling. The World Health Organization estimates that 3.3 million people die each year from alcohol-related causes. The United Nations Office on Drugs and Crime estimates the death toll from drug overdoses around 270,000.

Of course, the gulf is not quite as huge as these charts indicate because there are more people dying of drug-related causes that aren’t counted as overdoses. Endocarditis, an inflammation of an inner layer of the heart, often results from injecting drug use, as does hepatitis C and HIV. Some opioid addicts die from pneumonia because opioids restrict the function of the lungs. Some stimulant users die from kidney failure. Deaths can occur from all these causes but are not generally counted in with the overdose deaths.

What conclusions can we draw from this comparison? Alcohol is far more damaging and deadly than the media and government agencies are letting on. And alcohol prevention is just as important, if not more important, than drug prevention.

Three Ways to Save an Addicted Person’s Life

Three important things you can do to save a person from fatal drug overdose and get them on the path to recovery.

Why Walking Home After Drinking Can Be a Deadly Exercise

Many fatal accidents have occurred when someone has been walking home alone after drinking, whether it’s hypothermia, assault or drowning. 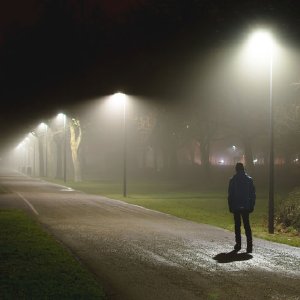