Income Levels and Drug Abuse: Does Economics Play a Part?

It’s time we abandoned any old thinking that drug and alcohol abuse only affects the poor and economically unfortunate. In this day and age, drug addiction spreads rampant through all income levels, demographics, ages, ethnicities, geographic areas, etc.

“… Poverty during childhood not only appears to affect child development but can have lasting effects on the types of health choices made during adolescence and early adulthood, especially as it relates to cigarette smoking.”

“Economic strains may shape an individual’s capacity for self-control by diminishing opportunities for self-regulation, or affect important brain structures. Poverty during childhood not only appears to affect child development but can have lasting effects on the types of health choices made during adolescence and early adulthood, especially as it relates to cigarette smoking.”

The Duke University study collected and examined data from over one-thousand young people and their caregivers all across the country, even exploring demographics and drug trends as far back as 1986 so as not to give a jaded perspective from only present-day scenarios. Another factor that the Duke University study found was that proper parenting significantly reduced chances for any kind of substance use across all income levels. We can learn something from this.

Personal Economy and Drug Use

It would seem that young people abuse substances no matter their economic background. Hard drugs are just as likely to wind up in the hands of a young person in the ghetto as they are to end up in the hands of a young person from the suburbs. The Duke University study attempted to classify drug abuse trends for income levels, but ultimately all it found was that all income levels suffer from about the same degree of substance abuse crisis, just with different substances, demographic to demographic.

A person’s economics will certainly affect the kind of substance abuse that they engage in, but it won’t do much more than that. It won’t determine if they do become drug users or not. For example, a more well-to-do person would be more likely to abuse powdered cocaine, which is expensive, whereas a poor person would likely opt for crack cocaine, which is far cheaper.

In another example, someone from the inner city ghetto would likely get their hands on heroin, but someone from blue-collar suburbia would likely start with pills first, and then move on to heroin later. A wealthy, young person might experiment with cocaine and heroin in tandem, but a poorer person might only be able to get their hands on marijuana.

Preventing Drug Abuse Across All Demographics

In a way, this information makes our job very simple and straightforward. Prevent drug abuse and alcoholism across all ages and all demographics and income levels because, yes, it is going to crop up in all of those areas.

The brilliant thing about prevention and raising awareness or increasing education regarding drugs and alcohol is that everyone responds well to factual information about substance abuse. Regardless of their income level, demographic, or location, the simple truth is that when people know what is at stake with drug and alcohol abuse, they become far less likely to participate in such activities. Prevention then, through education, is a strong tool in reducing drug abuse and alcoholism for everyone.

Study finds that children in suburban, upper-middle-class families were actually more likely to use drugs and struggle with emotional problems than their inner city counterparts. 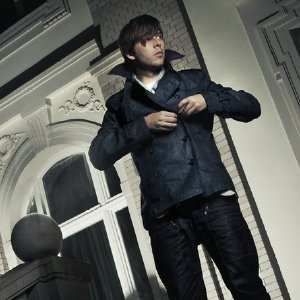 No Demographic Is Safe from the Opioid Crisis

Our great nation is struggling with a highly lethal drug epidemic, one which causes problems and crippling issues of the very worst kind. For years we have felt the tight grip of the addiction crisis. With 24 million-plus people in the U.S. struggling with substance abuse, it’s likely that most of us have been affected by this problem in some way or another.