Doctors Abuse Drugs at Rates Higher than Average Americans Do

According to a research project out of the University of Florida, doctor abuse drugs at a rate of about fifteen percent of the population of doctors. The average substance abuse rate for Americans twelve and older is currently at about eleven percent, indicating that doctors do self-medicate on substances or have addiction problems at rates higher than the average populace.

“Doctors get more into [narcotics] and sedatives. The drugs they're addicted to are more powerful, and they tend to come to treatment later. There are all of these layers that are hard to get through.”

“Doctors get more into [narcotics] and sedatives. The drugs they're addicted to are more powerful, and they tend to come to treatment later. There are all of these layers that are hard to get through.”

“Are doctors different? No. Most of my patients who aren't doctors use these drugs for the same reasons. The huge difference is that doctors have unique access to prescription drugs.”


Lisa Merlo, the lead researcher on the new study and an assistant professor at the University of Florida, added her two cents worth along with the top researchers in this project:

“There's really been (until now) little research on drug addiction among healthcare professionals. The primary message is that we need to do a better job educating doctors about the dangers of self-medicating and self-prescribing. Medical students get minimal training in addiction, which is pretty ridiculous.”


We can see here from three medical experts who all contributed to the University of Florida study that, yes, substance abuse amongst doctors is very real, and we need to be aware of it.

Helping Doctors in Their Time of Need

Doctors often feel the need to help others so much that they rarely look to their own selves to ensure they are staying healthy. And this is a mistake. Doctors often forget the age-old adage of, “If you yourself are not healthy, how can you guarantee the health of your patients?”

And there is some truth in that statement. Unfortunately, fifteen percent of doctors forget this adage by allowing themselves to fall into hardship with an addiction crisis. It might start innocently enough, by say prescribing an opioid painkiller for themselves for a broken leg or a fractured rib, but it could expand outwards from that, developing into a full, chemical and psychological habit on those pills.

When a Doctor Needs Help with Addiction

Drug abuse among the population is on the rise as is well known, especially with the recent problems with prescription painkillers often leading to heroin overdose and even death. What most people don’t realize is that doctors, per statistics are prone to drug and alcohol abuse. 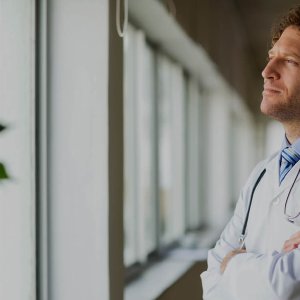