Americans start abusing drugs at earlier ages than citizens from other countries do. We should consider that this might be why we have more addicts. Recreational drug use in one’s teen years ends up becoming a full-on addiction in one’s adult years. Conversely, while recreational drug use in one’s adult years is still extremely dangerous, adults are more likely to see the dangers involved immediately and put down the substance. In fact, older adults who try a drug once can often walk away from it. Teens and young adults usually cannot.

According to new research from the National Center on Addiction and Substance Abuse, no less than ninety percent of Americans who are addicted to drugs and alcohol started their substance abuse habits before they were eighteen years old. The study also provided information on how twenty-five percent of Americans who started abusing substances before the age of eighteen are currently addicted. Conversely, only one in twenty-five Americans who started using drugs after the age of twenty-one are currently addicted.

Let’s look at the math on this. Twenty-five percent of drug addicts started before age eighteen. Only four percent of drug addicts started after the age of twenty-one. The rest either started between the ages of eighteen and twenty-one, or they started much later on in life. What this tells us is that there is an extreme risk for addiction when teenagers experiment with drugs and alcohol. What this also tells us is that we must take every precaution possible to reduce addiction risk in an individual’s younger years, as this is where the risk factors are easily the most prevalent.

According to Susan Foster, the vice president of the National Center on Addiction and Substance Abuse:

“Addiction in most cases begins in adolescence, so preventing or delaying teens from using alcohol, tobacco or other drugs for as long as possible is crucial to their health and safety.”

“Addiction in most cases begins in adolescence, so preventing or delaying teens from using alcohol, tobacco or other drugs for as long as possible is crucial to their health and safety. We rightfully worry about other teen health problems like obesity, depression or bullying, but we turn a blind eye to a more common and deadly epidemic that we can in fact prevent.”

We can all agree that not nearly enough attention is put on preventing teens from ever coming into contact with drugs and alcohol. Another researcher from the National Center on Addiction and Substance Abuse, Jim Ramstad, goes on to say that: “The combination of adolescence, an American culture that glorifies and promotes substance use, and easy access to tobacco, alcohol and other drugs create a perfect storm for our teens. We no longer can justify writing off adolescent substance use as bad behavior, as a rite of passage or as kids just being kids. The science is too clear, the facts are too compelling, the health and social consequences are too devastating and the costs are simply too high.”

Any approach to addressing addiction that only addresses one facet of addiction (like taking a purely scientific route to addressing addiction) is going to fail because it never grants credence to the other side of addiction. All of the problems connected to addiction and all of its many factors need to be addressed. Drug and alcohol addiction in young people is complicated and dangerous. Only a multifaceted approach that addresses it from all angles will sufficiently reduce the problem.

Getting off of drugs and alcohol is not a matter of science alone, or a matter of just, “making a choice,” or of surrounding oneself with religion or belief. Addiction is a multifaceted challenge that must be approached with kindness, care, and a great deal of time and a willingness to make a change. When teens fall into this habit, they must be helped and they must be helped quickly.

Recognizing Drug Abuse Could Be a Parent’s Stiffest Challenge

It may not be easy to accept that your may child is using drugs, the intitial denial is a natural reaction. Yet a parent needs to learn the signs and be able to face the issue.

Sue Birkenshaw in Youth Drug Use

Does Giving Your Kids Every Advantage Protect Them from Drug Abuse?

Recent study shows that the pressure and demands that privileged kids face may lead them to be more susceptible to drug abuse.

Sue Birkenshaw in Youth Drug Use 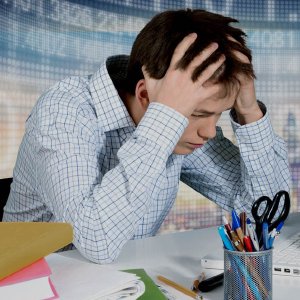