Every year it seems, we hear a new story and some new information about a pharmaceutical drug or a series of drugs that we once thought were safe, now being newly exposed as being very not safe. Prescription drugs and their use is becoming more controversial, and one can see why. There are more Americans hooked on these supposed “miracle cures” than there are Americans hooked on all other forms of illegal narcotics. We’ve reached a point in our society where we have to ask the question, “Are pharmaceuticals like ADHD meds, opioid painkillers, anti-depressants, and all the others really all that worth it?”

A recently published government report has given us a clear insight into new findings regarding ADHD drugs. The findings are not pleasant. According to the report, the number of Americans sent to the hospital for ADHD drug overdoses has risen by more than two-hundred percent.

ADHD drugs have been correctly implicated in skyrocketing overdose cases, essentially all across the country. People, especially young people, are showing increasing interest in the drugs, first primarily as “study aids,” then as drugs for recreational use. According to research, overdoses from ADHD drugs more than doubled from 2005 to 2010. In 2005, only about thirteen-thousand Americans overdosed on ADHD drugs. By 2010, however, more than thirty-one thousand Americans overdosed on the same drugs. From 2010 to 2015, overdose rates increased even further. Ritalin and Adderall were the most prevalent in incidences of overdose.

According to Pamela Hyde, the administrator of the Substance Abuse and Mental Health Services Administration:

“ADHD medications, when properly prescribed and used, can be of enormous benefit to those suffering from ADHD, but like any other medication they can pose serious risks, particularly when they are misused.”


And we even have to question if her statement on “enormous benefit” is truly accurate. In light of recent information, these drugs seem more harmful than they are helpful.

According to the Drug Abuse Warning Network, or DAWN, there are about three million ER visits for drug overdoses every year. Yes, this is a very serious problem, one that seems to only get worse with each passing year. It’s time we all learned what we can do to protect ourselves, our families, our loved ones, and our communities from lethal and nonlethal drug overdoses alike.

The more than doubling of ADHD drug overdoses in recent years is highly indicative of the path that our country is taking with our constant and incessant reliance on pharmaceutical drugs. That has to change. It is even debatable as to whether ADHD drugs are even effective in helping people with “ADHD.” But to then learn that hundreds of thousands of Americans self-medicate on the drugs, get high off of them, overdose on them, and in some cases die from them, that is a true wakeup call indeed.

We need to prevent ADHD overdoses by ensuring that Americans know the risks that these drugs entail. But in an even more thorough approach to ridding our country of ADHD drug overdoses, we need to simply demand better health treatments, better options for our mental health, and better resources that are not drug-related.

On the 31st of December 2019, just before the new year broke, a small office run by the World Health Organization received a report of “an atypical amount of viral pneumonia cases.” 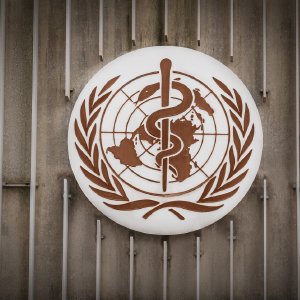 Following the tragedy of Carrie Fisher’s death, the toxicology report shed detailed light on the way her toxic cocktail of drugs contributed to her death. 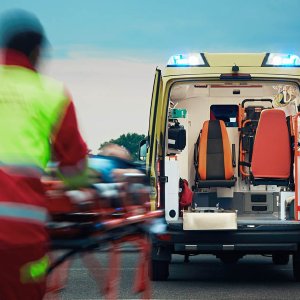