For many people, addiction conjures images of destitute hopeless victims of poverty. In reality, the majority of addicts do not fit into this stereotype. In fact, many affluent professions suffer from high rates of addiction. The medical profession is among the highest with research indicating that as many as 10% to 12% of doctors struggle with addiction, compared to 6% to 8% of the general population. This high rate of addiction coupled with an increased reluctance to seek help coupled with increased risk of malpractice makes physicians a particularly dangerous profession, both for the doctors themselves and their patients. For these and other reasons, addiction among doctors often goes unreported and unmentioned.

Doctors who struggle with addiction are often afraid that they will lose their jobs if they make it known that they are struggling with an addiction to drugs or alcohol. In a study titled Chemical Dependency and the Physician, authors Berge, Seppala, and Schipper write, “Although physicians' elevated social status brings many tangible and intangible rewards, it also has an isolating effect when they are confronted with a disease such as addiction, which has a social stigma. This isolation can lead to disastrous consequences, both in delaying the recognition of and in intervening in the disease process, as well as in the attendant risk of death by inadvertent overdose or suicide.”

Most people are aware of the tangible and intangible rewards of being a physician. Still, most are not aware of the isolating effect of the job, the long work hours, the stressful environment, the lack of help, the criminalization of the slightest error, the easy access to mind-altering pharmaceuticals, and the false sense of security that a physician may feel in their “ability” to “control” a drug habit.

“Addicted physicians face colossal stigma and the very real possibility they will lose their license if they come forward. Knowing this, troubled doctors tend to stay in the shadows until disaster strikes: a DUI, showing up high in the operating room, or in my case, getting charged with a serious crime.”

In a Los Angeles Times op-ed, Dr. Peter Grinspoon told his own, personal story of being a doctor who struggled with addiction, In his own words, “Much has been written about the epidemic of physician burnout, depression and anxiety. Practicing medicine has never been easy, and now doctors work faster and longer, with less reward, spending as much time battling insurance companies and maintaining electronic medical records as treating patients. As a doctor slips into the clutches of addiction, he or she only rarely seeks help. Though state medical boards, which are made up of doctors, for the most part, should be enlightened enough to treat addiction as a disease, they often handle it more like a crime. Addicted physicians face colossal stigma and the very real possibility they will lose their license if they come forward. Knowing this, troubled doctors tend to stay in the shadows until disaster strikes: a DUI, showing up high in the operating room, or in my case, getting charged with a serious crime.”

Addiction does not affect all doctors in the same way. According to the study cited earlier, alcohol is the drug of choice for most physicians, yet anesthesiologists who are addicted, for example, generally use opioids as their drug of choice.

There is also a general hesitancy among workplace peers and physician colleagues to intervene. Some colleagues who notice addictive behavior with a physician may get the idea of “What right do I have to tell them how to live their life?” Others may fear retaliatory litigation if they are wrong in confronting their colleague on their alleged drug use or heavy drinking. Furthermore, several medical licensing boards in many states include a sanction or penalty system for physicians who become addicted and even for physicians who are aware of an addicted colleague but who don't say anything.

To the degree that a troublesome issue is not openly discussed, it will persist. The fact that the subject of addiction among doctors is so taboo and so “untouchable,” even among other doctors, it is a harmful factor because it allows the perseverance of the dangerous situation. In the future, physicians and the medical community must adjust their focus to one of help, support, treatment, care, and recovery.

The closing words of Dr. Peter Grinspoon's op-ed in the Los Angeles Times are particularly relevant here. “My experience on both sides of doctor rehab has taught me that an oversight system that defaults to sanctions and punishment keeps addicted doctors from getting treatment, which is the worst-case scenario for them and their patients. When doctors abuse drugs and alcohol, they must be met with compassion and care. Instead of reflexively revoking or suspending licenses, state medical boards can usually ensure patient safety by keeping doctors at work under careful monitoring. I've seen the recovery process return better doctors to productive practice, strengthening the qualities most people want in a caregiver — humility, empathy and patience.”

Addiction to drugs and alcohol can manifest in any workforce. This article looks at the prevalence of substance abuse among legal professionals. 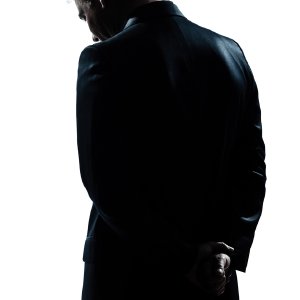 Professionals can turn to drugs or alcohol in an effort to cope with the pressures they face. If they then achieve sobriety they will then need new skills to deal with these issues.

Sue Birkenshaw in Professionals and addiction 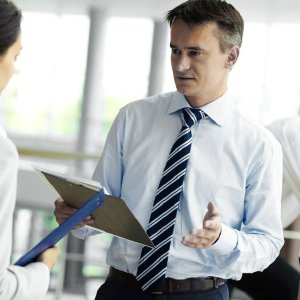